On Saturday, Aug. 24, UHD greeted 700 new Gators at its fourth annual Freshman Convocation for incoming freshmen and their parents.

The event served as an official welcome for the new students, launched their academic career at the University, and also kicked off the 2013 Common Reader Program at UHD. Freshman Convocation introduces freshmen to UHD's atmosphere of academic inquiry, provides a common academic experience to all first-year students and engages freshmen in a university-wide conversation about the dynamics of success.

Ed Hugetz, head of Academic Affairs, President Bill Flores and Student Government Association President Isaac Valdez addressed the attendees and encouraged them to find their own niche at the University. Students also heard from keynote speaker, DoVeanna Fulton, dean of the College of Humanities and Social Sciences, who offered words of wisdom from her own experience as the first in her family to attend college.

"We worked very hard this summer to increase Freshman Convocation attendance by emphasizing its importance to all of our incoming freshmen during orientation, so it was gratifying to see such a large turnout," said John Hudson, assistant professor of English and chairman of the 2013 Freshman Convocation/Common Reader Program Committee. "Several freshmen with whom I spoke mentioned that Dean Fulton's talk in particular gave them more confidence that they, too, will be successful, as they also are the first in their families to attend university."

Chris Birchak, dean of University College, which hosts the event, also played an instrumental role in this year's Freshman Convocation, the largest in UHD history.

Following the welcome speeches, students broke into smaller groups led by faculty members to discuss this year's common reader, "The Curious Incident of the Dog in the Night-Time," by Mark Haddon.

"Freshman Convocation was a great experience," said new freshman Sean Peace. "It gave me a good feel for the college atmosphere and it was helpful to hear professors' views about their own experiences as college students." Michael Briones, another new freshman agreed, "Freshman Convocation helped me know what to expect as a college student and I enjoyed the speeches and getting to know other incoming freshmen."

Many thanks to the numerous volunteers, including dozens of faculty, staff and alumni who welcomed new freshmen to UHD! 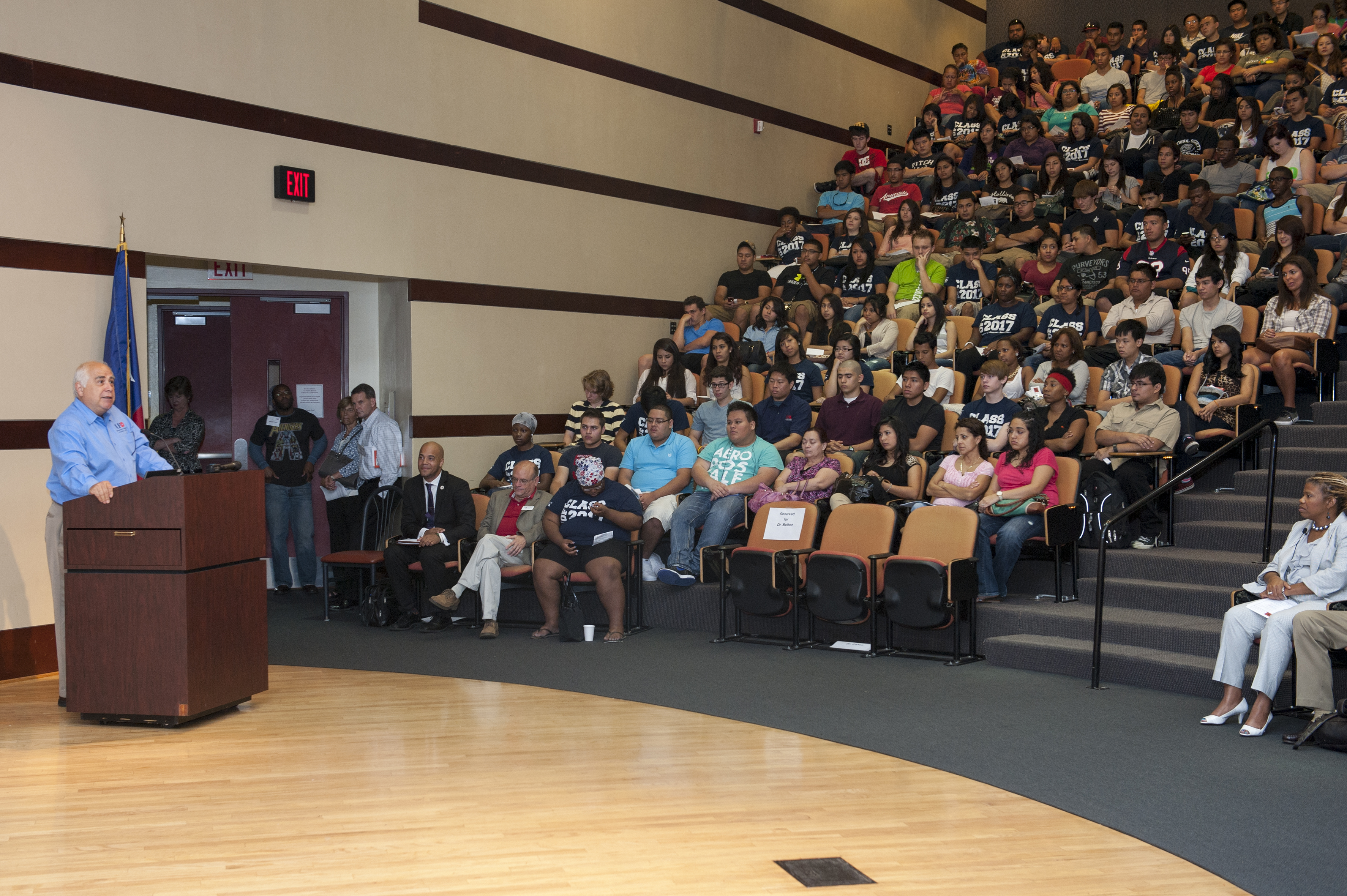 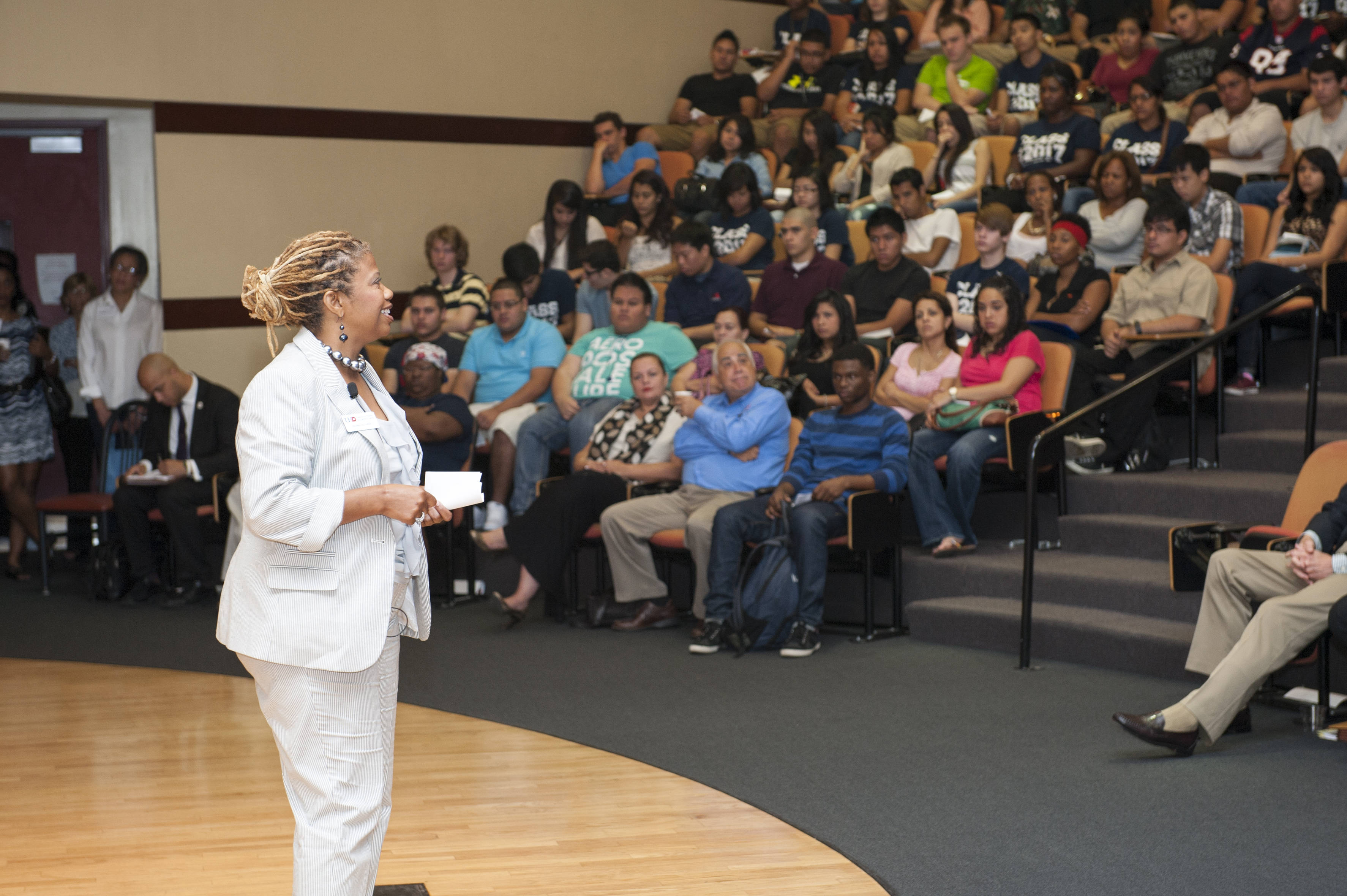 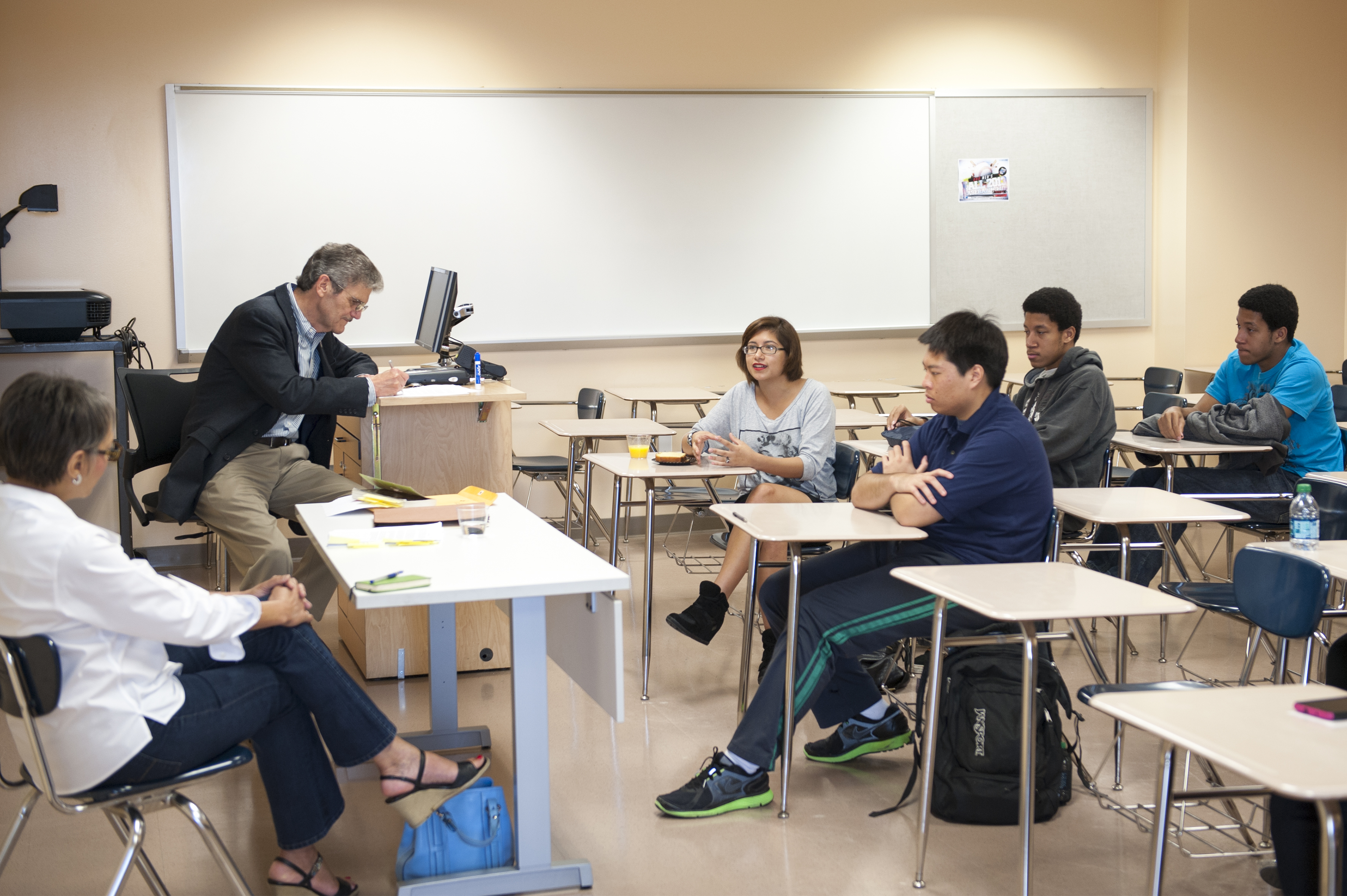