UHD's Student Government Association (SGA) hosted a "Rock the Vote" rally on the South Deck this week to encourage students and community members to make their voices heard at the polls for Houston's 2013 mayoral election.

The rally celebrated citizens' right to vote and emphasized the importance of civic engagement during Citizenship Month Houston.

In his welcoming remarks, Flores noted that Texas ranks 48th in the nation for voter turn-out and underscored that voting is a privilege and a responsibility of all citizens. He applauded SGA for planning the "Rock the Vote" rally and invited attendees to participate in other important Citizenship Month Houston events that highlight the importance of community engagement and volunteerism. 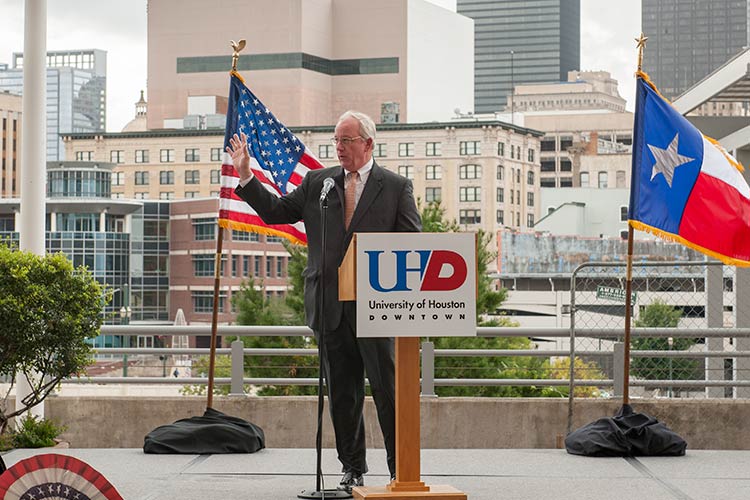 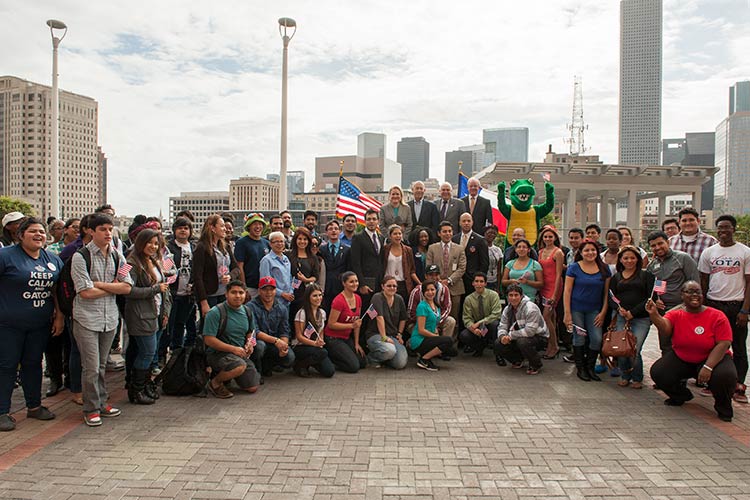 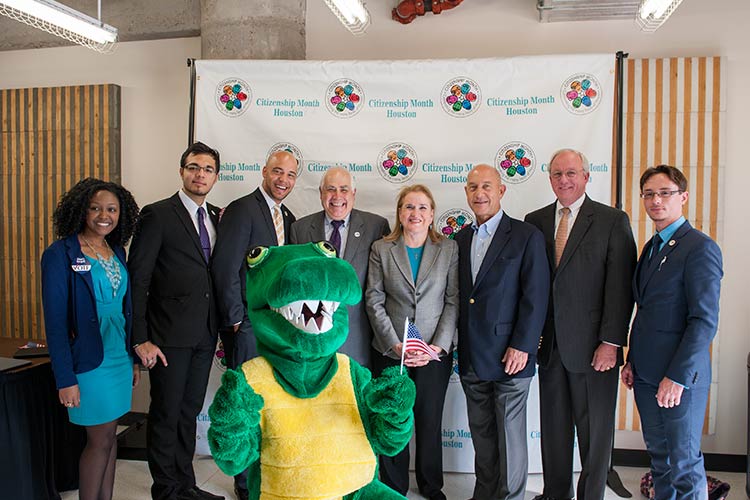 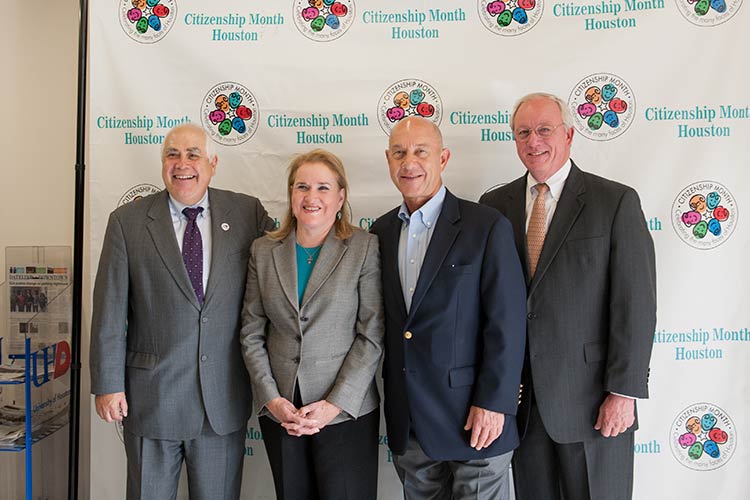 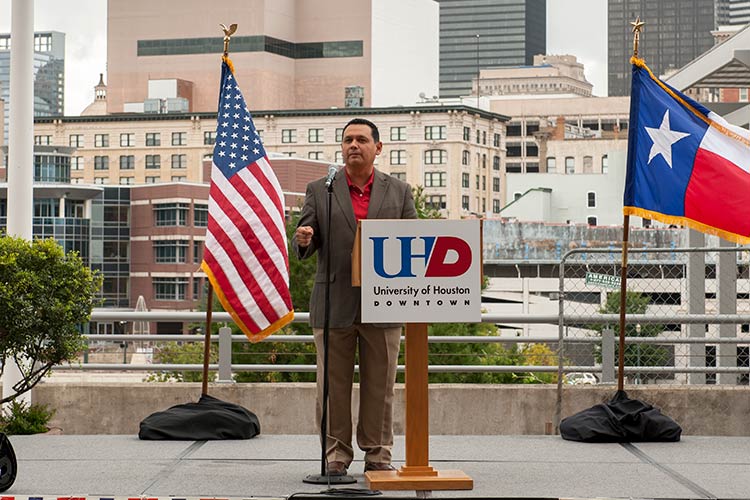