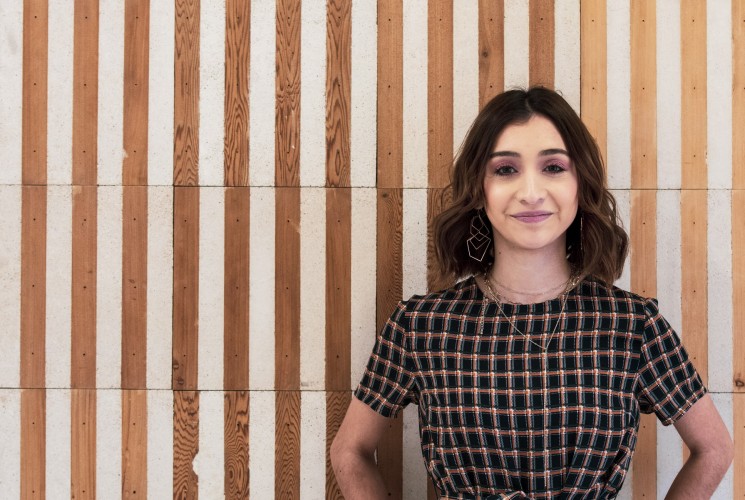 Some students don’t start thinking about careers or college until high school. University of Houston-Downtown (UHD) student Yaquelin Serrano, however, had her sights set on earning a degree as early as elementary school.

Thanks to the Houston Livestock Show & Rodeo (HLSR), Serrano is on her way to helping Houstonians. The senior criminal justice major is the recipient of a HLSR scholarship. Serrano said the support of this scholarship has eased the financial burdens of tuition, books and other college costs. She also noted that the scholarship will support her longtime dream of attending a university to help achieve her career goal of working in criminal justice.

“It’s helped tremendously,” she said. “It has literally put me through college to achieve my goal of earning a degree.”

The daughter of Mexican immigrants, Serrano grew up in Houston’s east side. She observed the challenges faced by others in her community and was inspired to make a difference.

One of her motivators was Steve Silva, a security guard at her middle school. She said he would encourage her and other students to do well in school and work hard. To this day, she keeps in touch with him.

“I appreciated his support,” she said. “When you’re a student, it’s helpful to have someone motivate you the way he did. That was not his job, but he was there for myself and other students. And now, I hope to do the same for others.”

When it came time to select a university, Serrano initially looked at institutions that were out of town. She decided, however, to remain in Houston and spent her first two years at San Jacinto College. After earning her associate’s degree, she enrolled in UHD’s Criminal Justice program.

Like many UHD students, Serrano works full-time (as an instructional aide at Jacinto City Elementary School), so the flexibility and accessibility of its courses appealed to her. In spite of her busy schedule, however, she has made time to participate as a publicity chair for Alpha Phi Sigma, UHD’s Chapter of the National Criminal Justice Honors Society.

Serrano graduates this May and is considering graduate school … and UHD’s nationally ranked Master of Science in Criminal Justice program is among her options. Wherever she lands after graduating, she’ll always have a fondness for the opportunities UHD has provided her, as well as the assistance of the HLSR scholarship.

“I'm grateful to this University,” she said. “It’s not easy to work full-time and go to school, but UHD’s flexible classes and online options have been very helpful. And, I can’t say enough about the support of the HLSR scholarship. Both UHD and HLSR have helped me … and many others … follow their dreams of earning a degree.”

Next up for Serrano is an appearance in the Rodeo Parade representing UHD abroad the Rodeo Scholarship Float as it makes its way through Downtown Houston.

Serrano is an example of Gator Grit and reflect UHD's commitment to its transfer students. Through partnerships with community colleges, such as Houston Community College and Lone Star College, students have opportunities to seamlessly transition from associate's programs into undergraduate majors at UHD. Those seeking to continue their studies at UHD benefit from resources and events, like Transfer Thursday, which offers admission counseling, information on scholarship opportunities, and advising.