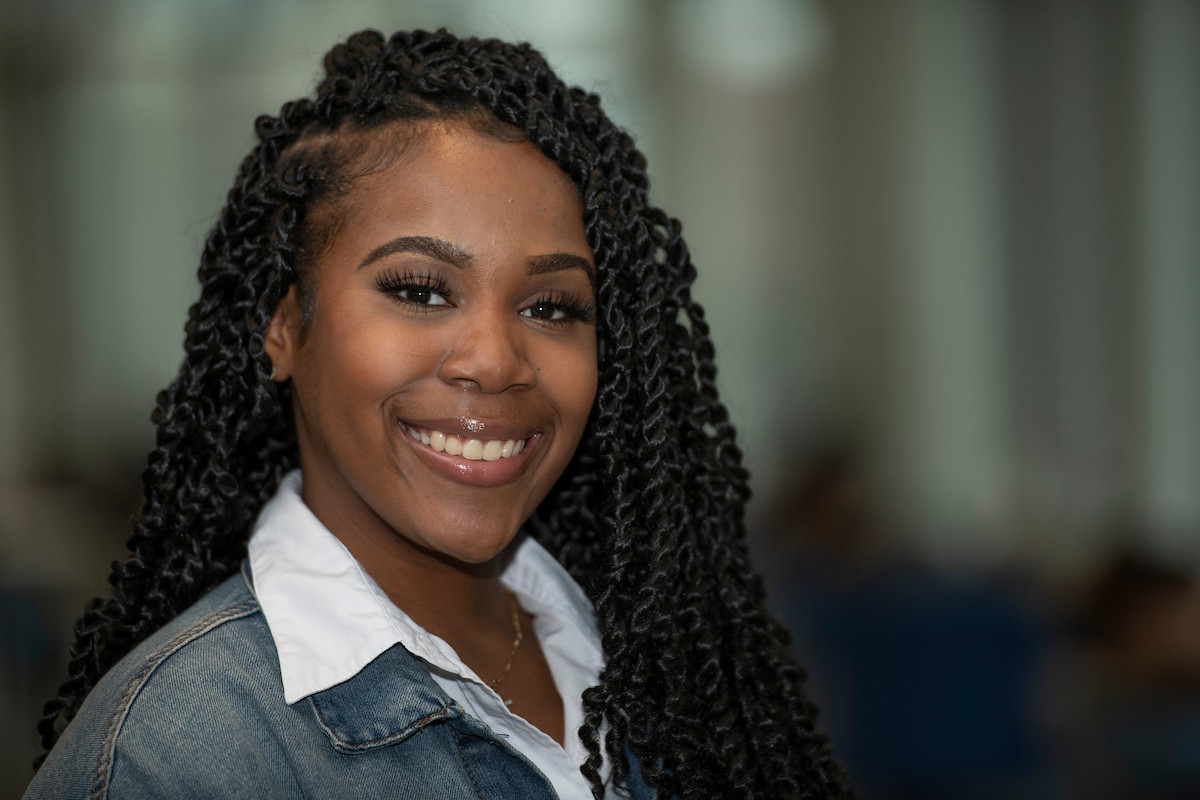 She is clearly following in her family’s footsteps as her mother and two older sisters also attended UHD. The one difference in their academic trajectory, however, is that Brya is receiving support through a Houston Livestock Show & Rodeo Scholarship (HLSR).

Curtis, an interdisciplinary studies major in the College of Public Service, learned of the HLSR scholarship opportunities from her counselor at Kashmere High School. She completed the application process (which included an essay) and ultimately learned that she was among the elite group of students in Texas to receive college support from HLSR.

“When I learned I received this scholarship, it was a huge relief,” she said. “It felt good to know that my mother wasn’t going to be burdened financially and that I would not be worried about debt following graduation.”

Initially, Curtis selected another institution to begin her college career. By her sophomore year, she looked to her family’s alma mater as the institution that will prepare her for a career as a teacher.

“The faculty are very helpful,” she said. “They care about your success. Students are regularly asked if they’re doing okay and how professors can help them. That means a lot to us.”

Having teachers who care is particularly meaningful for an aspiring educator like Curtis. And, she knows a thing or two about teachers. Her mother Alynthia Pugh is an assistant principal and sisters Bryanna and Bryshanna Curtis are both teachers. All three work at Atherton Elementary School, where Curtis attended.

Her family is particularly close, and Curtis credits her mother for instilling independence and self-discipline in her and her sisters.

“She was a single mother after my father passed away, so she had to insist that we do our best in and out of school,” Curtis said. “We weren’t coddled at all, and she still holds us to high standards. That’s helped all of us become more self-reliant.”

Curtis' mother wasn’t on Atherton’s faculty when she was enrolled there. Still, she found additional inspiration from her teachers and counselors. Their patience and respect for students, Curtis said, helped motivate her.

The scholarship also has opened other doors for Curtis. She is currently president of the University’s chapter of Alpha Kappa Alpha sorority. The experience has provided many lessons in leadership and provides community engagement opportunities.

“Serving as AKA president has helped many in many ways,” she said. “It keeps me motivated to set an example for other sorority members both academically and professionally.”

Curtis advises any high school student to look into HLSR scholarships. She said that the application process is indeed intensive, but the rewards are well worth the effort.

“I’m very grateful. The generosity of HLSR helped me and is helping so many other students,” she said. “I work at H-E-B and recently saw a man wearing a hat with a HLSR Scholarship Committee pin. I told him ‘thank you.’ These scholarships make a difference, and I am thankful for the support of both HLSR and UHD as I earn my degree.”