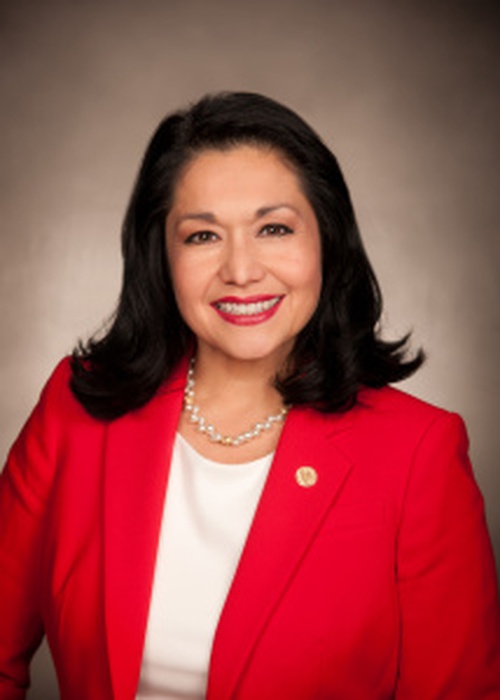 For Paula Mendoza, the best laid plans sometimes don't go as planned and may just not be what are truly meant to be.

The University of Houston-Downtown (UHD) alumna's initial career plan was to earn a degree in criminal justice—which she did in 1995 from UHD—attend law school and become a prosecutor.

Mendoza was the first in her family to graduate from college, which she considers, "a prideful moment I will never forget."

After earning her bachelor's degree, she entered corporate America. After a few years, she became a national supplier diversity manager for a large corporation to locate small, minority-owned businesses.

"I traveled across the country trying to find small businesses that were aligned with the corporation. The purpose of this was to have the company 'do the right thing' by hiring small, entrepreneurial businesses," she said.

However, she soon realized that her job and the company's mission wasn't aligned, so she decided to step out on her own and add "entrepreneur" to her resume.

"I never thought I would be an entrepreneur… it never crossed my mind," Mendoza said. "I just assumed that I would work in the corporate world. I never had a professional goal in a specific industry in mind."

Just a mere six years after attending UHD, Mendoza founded and is chief executive officer of Possible Missions, which specializes in project management solutions throughout the United States.

"I took a leap of faith," she said. "I thought that I could do this on my own and be a bigger help to small, minority-owned businesses if I had my own company."

Since its beginnings, Possible Missions has achieved significant accolades including 2017 Supplier of the Year, awarded by the UT Alliance, 2014 Subcontractor of the Year by the U.S. Small Business Administration; the Houston Minority Supplier Development Council's 2012 Supplier of the Year Award; and a 2013 Minority Business Enterprise (MBE) Accountability Award for its expenditures with fellow MBEs.

So why go back to school?

"It wasn't so much that I needed an MBA or wanted the initials next to my name or to shout from the rooftops that I got my MBA," Mendoza said. "It wasn't even about my career… I knew that I didn't know it all.

"For me it was personal, I thought it would be good to go back to learn some of the things that I may have struggled or been challenged with in my business career and see if I could fulfill that need of knowledge with an MBA," said the mother of a 43-year-old son and a grandmother of three. "At the end of the day, I wanted to be an example to those that are older or have been out of school for 20-plus years to know that it's never too late."

According to Mendoza her experience at UHD was not only rewarding, but she learned a few things along the road to her MBA.

"I am going to be the biggest commercial UHD has ever had. My experience was so rewarding," she said. "It really taught me how to rely on others through team work and collaboration. And that you can't do everything yourself and you shouldn't. More importantly, it gave me a different sense of awareness of what an MBA is."

Well you know she's a regent, but for Mendoza she didn't want that to matter.

"I was there for the same reason and as committed as every one of my classmates," she said. "Just ask my husband who can attest to the early mornings and late nights in the library or me zooming my classmates from our kitchen table—I earned it."

Is degree number three in her future? "Heck no. I think I'm okay right now," she said laughing.

In 2013, Mendoza was appointed by the Governor of Texas to a six-year term to the University of Houston System Board of Regents. She became the first Hispanic female to receive such a prestigious appointment. She still makes time to share her insight and experience as a speaker, event organizer and supporter to countless organizations while serving on many UH Advisory Boards, the boards of both the Houston Minority Supplier Development Council and the East End Chamber of Commerce Foundation.

From 2009 to 2010, Mendoza was the first Hispanic Female to serve as Chairman of the State of Texas Ethics Commission (TEC). She also served TEC as a commissioner for six years. Proud of her Mexican-American heritage, Mendoza has been the only female to serve a full two-year term as chairman of the Texas Association of Mexican American Chambers of Commerce in its 30-year history.