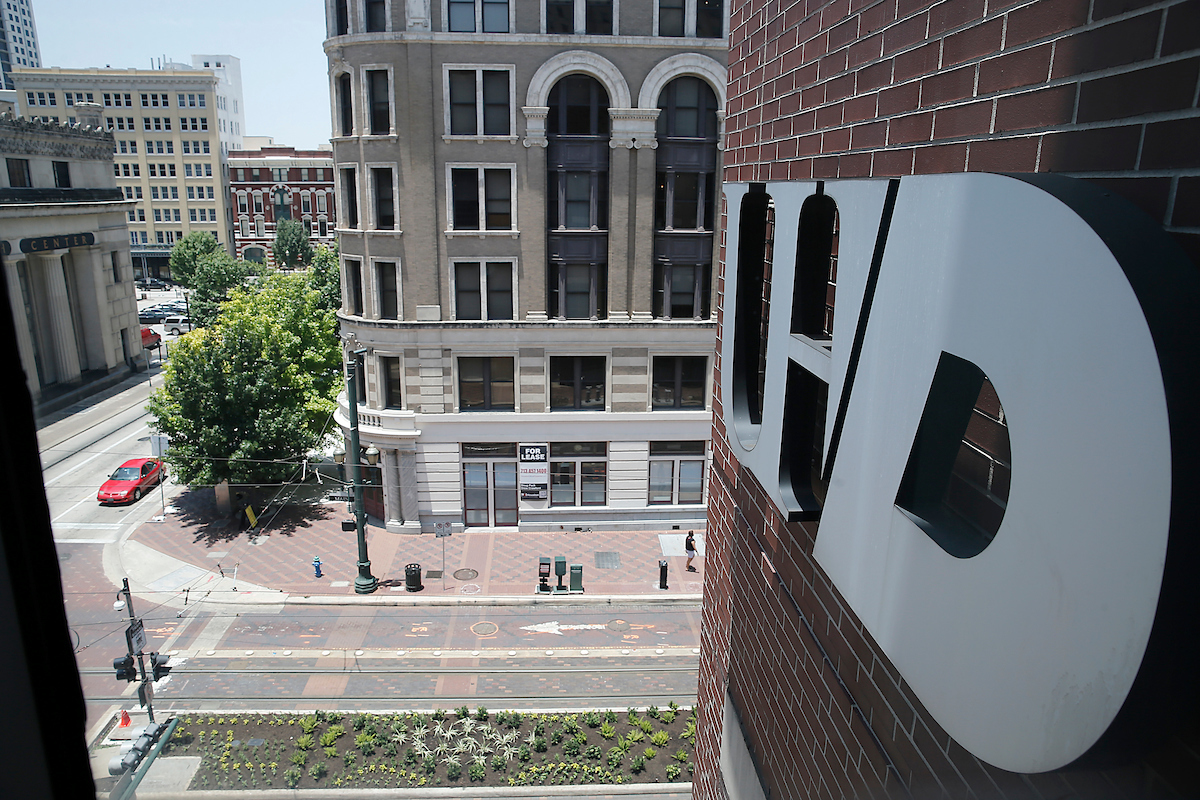 The reaffirmation of accreditation process for universities is an extensive, often painstaking process. In the end, it's well worth the effort to ensure that institutions of higher learning are effectively serving their students and communities.

After two long years of collecting data and undergoing evaluations, the University of Houston-Downtown (UHD) completed its reaccreditation requirements for the Southern Association of Colleges and Schools Commission on Colleges (SACSCOC). In many cases, SACSCOC will offer critical feedback to universities, including areas needing improvement. However, SACSCOC offered no recommendations for UHD. The University came through the SACSCOC's final assessment with high marks. UHD officials were notified of SACSCOC's assessment at its annual meeting in Atlanta Dec. 3 - 6.

"This is big news for UHD, and a testament to the diligence of our reaccreditation team and entire campus community," said Michael A. Olivas, UHD interim president. "Emerging from this process with no recommendations from the SACSCOC board shows that we're doing many things right. It's yet another reason to be proud of UHD."

According to Ed Hugetz, UHD interim provost and senior vice president for academic affairs, the campus community deserves the credit for a job well done. For more than 20 years, Hugetz has participated in university accreditations, but this is the first time he's seen faculty, staff and students invest so much energy in the process.

"I've never experienced the level of participation on a campus that I've seen here," Hugetz said. "The SACSCOC onsite visitation committee indicated that in its assessments. When they met our faculty and staff, they noted the deep involvement of our community."

Khoja oversaw the collection of data and information required by SACSCOC and helped coordinate the development of the Quality Enhancement Plan (QEP)—Academic Achievement through Community Engagement (A+ CE). A+ CE is no doubt the most visible aspect of UHD's reaccreditation process as it's aimed at enhancing student learning and promoting critical thinking through community issues.

Other elements of the process included a self-study demonstrating that a university meets SACSCOC criteria for accreditation. UHD was required to demonstrate its academic, financial, administrative, and co-curricular prowess by meeting 94 standards set by SACSCOC.

"It was a grueling process," Khoja said. "I think, however, everyone—almost the entire UHD community who worked on this—accepted it in good stride."

The self-study began in 2014 and was submitted in 2015. The official on-campus review was conducted in April 2016.

Both Hugetz and Khoja have never concluded a reaccreditation review with no recommendations. Khoja said that this is a reflection of how far UHD has come in four decades. UHD is now a model institution in the region, but the internal community won't rest on the words of SACSCOC. Regardless of the "no recommendations" assessment, UHD always will focus on expanding its service to its students and the city.

"This is a growing institution," Khoja said. "We're always looking for ways to improve. The feedback from SACSCOC was very gratifying, but we will always look within the University to see where we can grow. We want to continue to be looked upon as a university of the future."