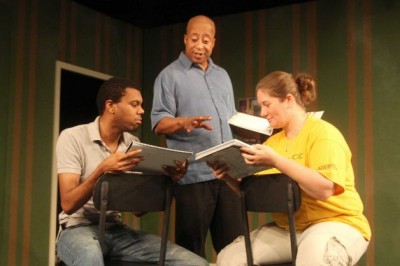 UHD adjunct professor David Rainey was recognized twice in the Houston Press' first annual Houston Theater Awards announced on Wednesday. Rainey, who is also the Artistic Director of The Landing Theatre Company, UHD's professional company in-residence, received a "Best Director" nomination for Theresa Rebeck's "Our House," which he directed in March for Black Lab Theatre. Houston Press critic, D.L. Groover, wrote, "The ensemble cast is well-nigh perfect….Under David Rainey's whiz-bang and perceptive direction, there's no static anywhere. The play moves to its inevitable conclusion and keeps us riveted throughout. You won't reach for the clicker. This is must-see TV." Critic Buzz Bellmont wrote, "Director David Rainey masterfully and magnificently works his magic,…exquisitely directing with an eye for every imaginable detail one of the best ensemble casts of the season. Our House is, absolutely and without a doubt, a must-see, and one of my favorite plays of the season…"

Rainey's production of Suzan-Lori Park's In the Blood, which he directed for Back Porch Players last summer, was also nominated for "Best Play/Production," and lead actor, Florence Garvey, was the winner of the "Best Actress" category. D.L. Groover wrote, "Back Porch Players' In The Blood: Frighteningly Superb. The Back Porch Players gives Parks's expressionistic tale a startling, sterling production…. All under the powerful sweep of David Rainey's direction, the exemplary cast combusts this play into life. Anchored by Garvey's piercing and woeful Hester, this is frighteningly superb theater. With her raw, sharp-edged poetry, Parks slaps you, then kisses you wildly, while Garvey smashes the hurt right in your face. You stand stunned, not knowing how to respond. This isn't life, this is potent, once-in-a-blue-moon theater."

Rainey is a Resident Company Member of the Alley Theatre, and is in its current production of David Mamet's November, running Aug. 24 - Sept. 23. This summer he directed Smudge by Rachel Axler for The Landing Theatre Company, which was presented at the O'Kane Theatre in July, and he was in the casts of Hamlet and Comedy of Errors for the Houston Shakespeare Festival, which performed at Miller Outdoor Theatre at the beginning of this month.

To view all of the winners and nominations of the Houston Theater Awards, go to: http://www.houstonpress.com/2012-08-23/culture/houston-theater-awards/ 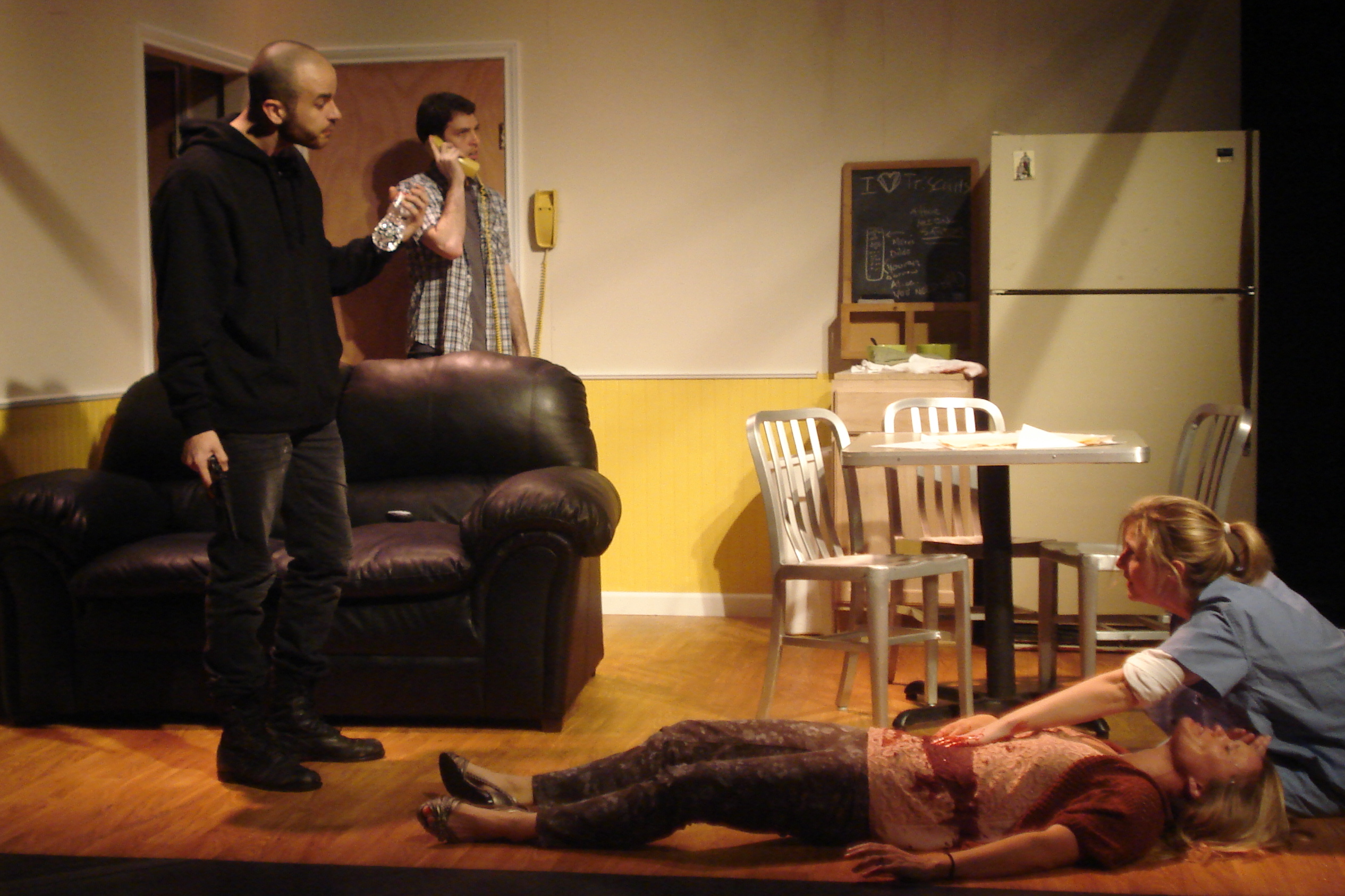 Mike Yager as Merv, Jordan Jaffe as Vince, Danica Johnston as Alice and Claire Anderson as Grigsby in Theresa Rebeck's "Our House"