Astronaut Joseph M. "Joe" Acaba is weightless, bobbing up and down in the International Space Station (ISS). He's floating next to fellow astronaut Pasolo Nespoli and about to take questions from earthbound students during a Facebook Live event.

"How can teachers help their students get a better understanding of the nature of science in the classroom?" Dean asked. "We're working with the preservice teachers there in Houston," Acaba said with a smile. "I think one of the important things we can do for the students is to make things important and tangible. I'm hoping that the work we do together will prove that. These preservice teachers will come up with ideas for their classrooms and share them with us."

Acaba and Nespoli show a clear, inflatable globe floating nearby with multicolored candies inside.

"There's lots of things you can do in your classroom with things as simple as this," Acaba said. "We hope to take advantage of the resources on this space station and your great ideas to help inspire students."

interest in science, technology, engineering and mathematics (STEM) topics. Their efforts were part of an out-of-this-world partnership between the University's Department of Urban Education and NASA's Johnson Space Center Office of Education.

During the fall semester, aspiring educators in the University's Science Methods course created science experiments under the guidance of Dr. Franklin Allaire, assistant professor of science

education, and adjunct lecturers Xandra Williams-Earlie, Adrienne Miles, and Dr. Celestin Ntemngwa. The steps of these experiments were emailed to Acaba who selected a few of them to perform aboard the ISS and send feedback via video to UHD.

Students worked in groups to develop these experiments, including an effort that compared different objects' masses using tools, such as a slinky and small weighted blocks. "I hope that astronaut Acaba selects this experiment," said UHD student Miriam Garza. "I'm thinking that the results will be much different on the ISS."

One of Garza's classmates, Melissa Kreipe, who is already an educator and has recently started a STEM Academy at Null Middle School in the Sheldon Independent School District, relished the

opportunity to deepen her experience in preparing science lessons. "I'm bringing some of these ideas back to my school, so I can show and share with my fellow teachers how we can further connect with our students," Kreipe said.

Kreipe's experiment was focused on learning whether mass would change the rate at which water could be expelled from a balloon. She and her classmates would fill balloons with water and poke a small hole that would release the fluid.

"I kept thinking what this would be like if they performed it in space in a microgravity environment," she said. "This has definitely been a fun experience. Sometimes, I think that we forget that

science is fun." Other student experiments focused on static electricity, motion (using a pendulum and spring), and surface tension.

The UHD-NASA partnership is part of the space agency's STEM on Station initiative, which connects classrooms with astronauts and educators aboard the ISS. Extensive space walks by Acaba and his colleagues affected scheduling, so the experiments have yet to be attempted by Acaba.

"STEM on Station is very inspirational," said Allaire. "Many of our students dream of going into space or participating in the process, but they don't know how to get involved. This collaboration provides an avenue for them to do great science with NASA and its astronauts. It's definitely a great experience and the opportunity of a lifetime." Acaba is scheduled to speak to UHD students from the space station during the ISS In-Flight Education Downlink. During this interactive event, a satellite transmission will link Acaba to the University community to answer questions from space during a video teleconference. UHD has the distinction of being the only Texas institution to host an ISS Downlink in 2018.

As the first person of Puerto Rican heritage to serve as an astronaut, Acaba is an educator and hydrogeologist who has served as the Mission Specialist Educator with the crew of STS-119 that traveled to the ISS in 2009. He returned to the station in 2012 as a crew member with Expedition 31-32. Acaba embarked on a recent five-and-a-half-month mission on ISS in September 2017 for 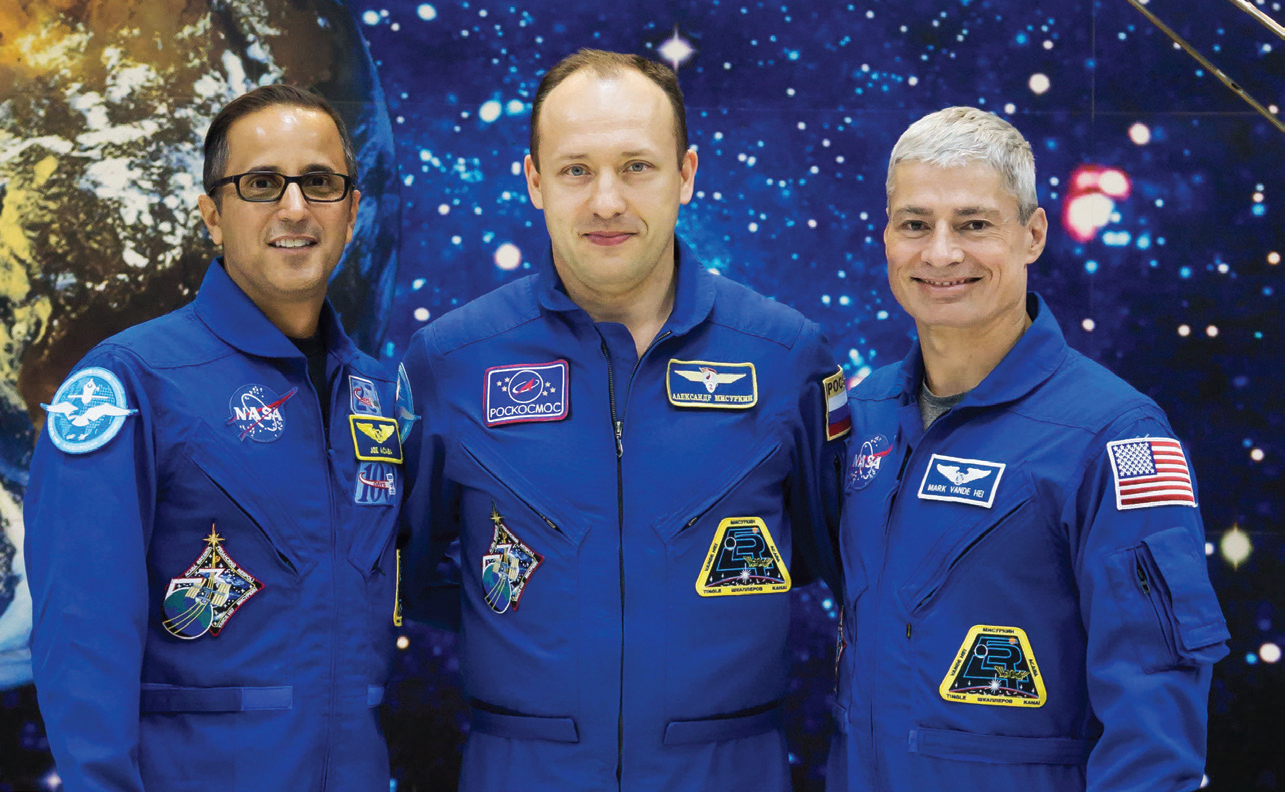 "Working with an esteemed educator and astronaut such as Joe Acaba is an honor for our institution, and for me personally, having known him for more than 20 years," said Acaba's longtime friend Dr. Juan Sánchez Muñoz, UHD President. "His interactions with the UHD faculty and its Urban Education students will further inspire their careers as teachers and provide them with invaluable insights and world-class pedagogy that they will then impart in their respective classrooms."

(This article was published in the latest edition of UHD Magazine.)