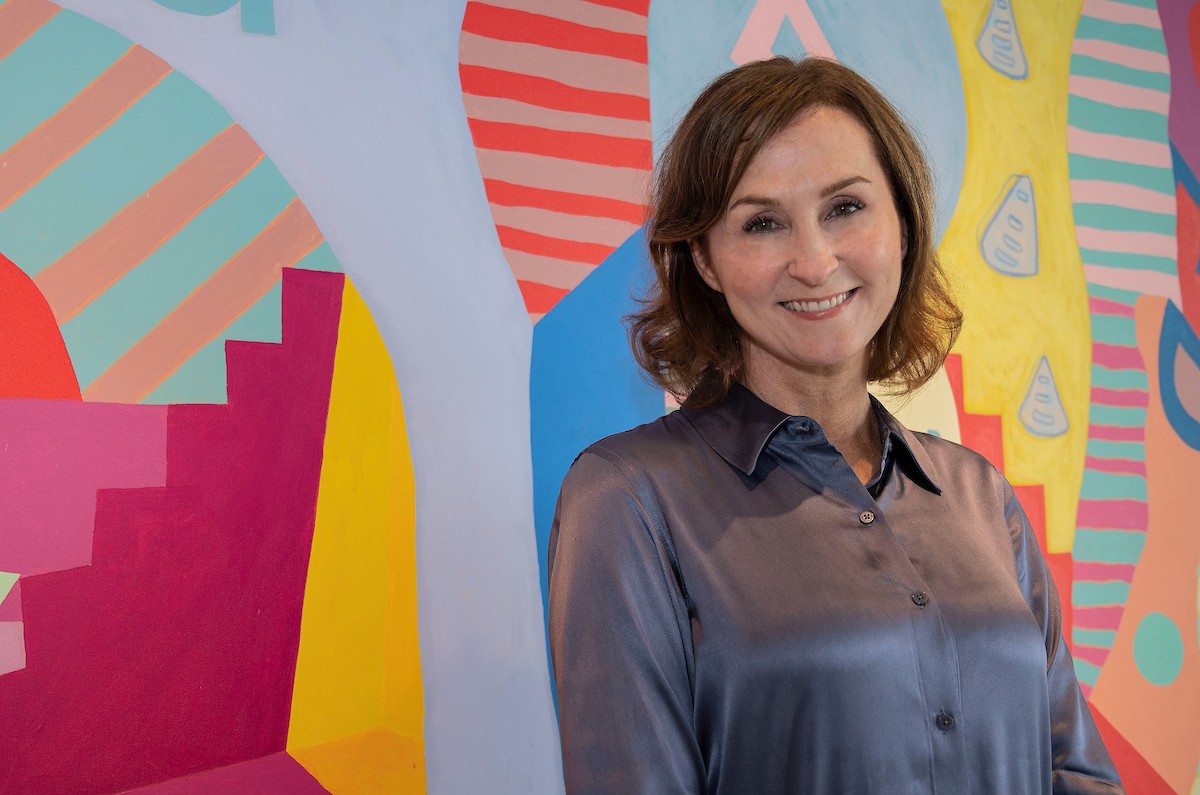 Each day, Dr. Dawn McCarty works with immigrants arriving to the United States under challenging circumstances. Families often arrive for better opportunities. Others, however, come to this country as a means for survival—fearing death from oppressive forces. And some individuals find themselves lured to the U.S. with the promise of employment but instead find forced labor.

McCarty, associate professor of social work at the University of Houston-Downtown, works directly with families and individuals from countries such as Mexico, Honduras, Africa, and countless others. They arrive in Houston and often find support from Casa Juan Diego, where McCarty volunteers. The organization offers assistance to immigrants in need of medical attention and who have been separated from spouses and children. It also serves those who are victims of human trafficking.

She’s met literally hundreds of people from around the globe as a social worker and educator and documented some of their stories in the new textbook “Solidarity Social Work Practice: Serving New Immigrant Populations” (Kendall Hunt). The book not only offers a look into the lives of immigrants that McCarty has served but also insight into the social work practices she applies in the field. It is scheduled to be released on Aug. 3.

“The book can be used in a variety of courses as a supplement that details practices of working with immigrants and understanding the many issues they face,” McCarty said. “It addresses topics such as mental and physical health, poverty, migration and the geo-political factors that often motivate them to leave their native countries.”

According to McCarty, the book also can be used in introductory social work courses to illustrate the values and ethics of the social work profession.

Both immigration topics and social work principles are demonstrated through anecdotal stories related to the people who have benefitted from the aid of McCarty and Casa Juan Diego. All names were changed to protect their identities.

They include Zina, a woman from Africa who was enticed into coming to America to serve as a nanny. Her goal was to earn money to send to her family in her native country. Instead, she was virtually imprisoned in a home and forced to work as a housekeeper. One day, she escaped and eventually made her way to a church and ultimately, Casa Juan Diego

Another example is Gabriel, who grew up in Juarez, Mexico. A product of a broken home, he lived on the streets and realized that gang life would factor into his future. He crossed the border and has tried to make a life for himself in the U.S. When McCarty met him at Casa Juan Diego, Gabriel’s health was in steep decline. He had developed multiple sclerosis and was confined to a wheelchair. 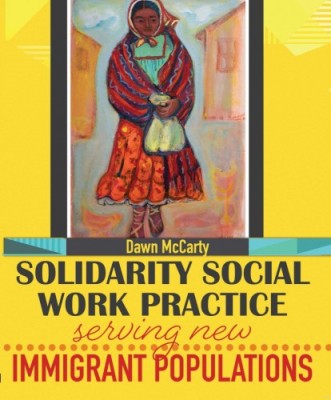 Other stories follow the harrowing journeys of immigrants as they make their way to the border to meet with immigration officials. One such story details a young woman from El Salvador as she survives a sexual assault on the journey to America, and learns how to survive in a strange new culture.

McCarty’s work with Zina, Gabriel, the survivor, and many others has helped her grow as a social worker and an educator. Her hope is that the stories and best practices she documents in “Solidarity Social Work Practice” encourages professional and personal development for students at UHD and other institutions.

The book, she says, also can help others understand the current state of the U.S. border. In addition to her work at Casa Juan Diego, McCarty has visited sections of the U.S. border and worked with families and children who have been detained by Mexican and U.S. officials.

“It’s a useful book because it doesn’t make a judgement about immigration policies. People can make their own conclusions,” she said. “To understand what is happening at our borders, however, it’s important to understand the journeys of these people. That’s why this book is particularly relevant right now.”