Dr. Katharine Jager’s eventual journey to releasing her first book began in the early 2000s as a graduate student. But it was a conversation with a fellow colleague in a hotel parking lot that brought it all together.

“The seed of the project began in a hotel parking lot after I attended the 2015 Texas Medieval Association conference at The University of North Texas,” said the Associate Professor of English. “I was discussing with my colleague Dr. Barbara Zimbalist of The University of Texas at El Paso (who would later contribute a chapter to the book) our shared interest in Middle English poetry, lyric theory, aesthetics and vernacularity; and I said, ‘I should do an edited volume that brings this all together!’ And Dr. Zimbalist agreed.” 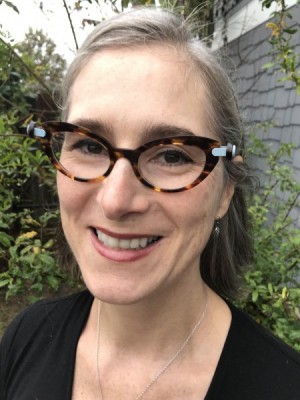 Her new book, “Vernacular Aesthetics in the Later Middle Ages: Politics, Performativity, and Reception From Literature to Music,” was recently published by Palgrave Macmillan for its New Middle Ages Series. Even though it’s her first book, over the years Jager’s poems and essays have appeared in various volumes, anthologies and journals.

Per the publisher’s website, the book “explores the formal composition, public performance, and popular reception of vernacular poetry, music and prose within late medieval French and English cultures through a collection of essays…”

Jager organized, proposed and edited this interdisciplinary volume and wrote the introduction as well as a chapter on the Peasants’ Rebellion of 1381. Her many travels included trips to Britain, Canada, Iceland, and Michigan for medieval studies conferences where she met many of the book’s contributors, which afforded her the opportunity build upon her knowledge of their work to develop her ideas for the volume of essays. Contributors to the book hailed from the U.S., The United Kingdom, Norway, Kuwait and Canada.

“This volume was the result of many years of research and includes essays from an international roster of scholars in musicology, history, literary studies, and manuscript studies,” noted Jager. “I started thinking and writing about the Peasants’ Rebellion in graduate school. This work evolved into my dissertation that includes a lengthy chapter on the Rebellion of 1381, which I completed in 2007. In 2009, I started conducting archival research on the subject.”

So, why this subject?

“I’m interested in the way that ordinary medieval people used language and poetry. Archival sources which contain this poetry are often extremely expensive and rare, so it’s easy to assume that only the most highly educated medieval people made, read and appreciated poetry,” she said. “However, the texts I studied helped me prove that this was not the case. Then as now, poetry is used universally—from oral performance to advertising jingles to important occasions such as weddings, funerals and protests. This more ordinary poetry, written in everyday English, is all too easy to ignore. “Vernacular Aesthetics” was my attempt to gather together the work of scholars who analyze the voices of those ordinary people, who wrote in their mother tongues.” 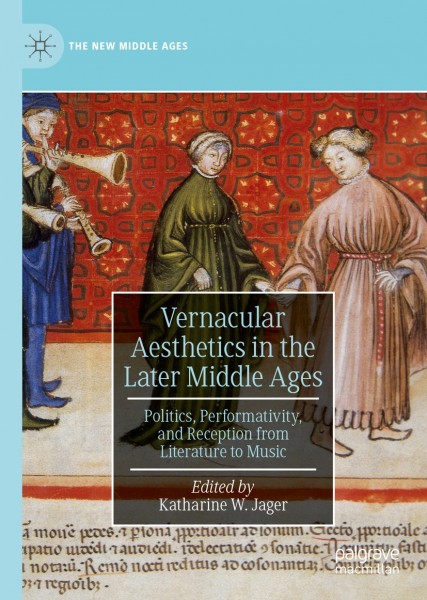 Jager hopes to convey to her students, fellow scholars and readers of the book the revolutionary aspect of medieval literature.

“Medieval literature is weird, unsettling, funny, beautiful, and also thoroughly within the scope of our comprehension,” said Jager. “In the case of the “Rebel Letters” of the Peasants’ Rebellion of 1381 (the subject of my research), literature is not rarified or elite … it’s revolutionary. The Rebellion was an enormous uprising of common born people during the summer of 1381. They marched across Britain into London, armed with farm implements, to demand more fair treatment and taxation; they burned tax records and got a meeting with the King. It was an amazing thing to organize, especially before the advent of either the printing press or the telephone, and I was interested in how participants had used poetic “Letters” to communicate with one another and develop interest in their cause.”

She joined the UHD faculty in 2008 after serving as a Visiting Assistant Professor of English at New Jersey City University. She earned a Ph.D. with a certificate in Medieval Studies from the Graduate Center of the City University of New York in 2007 and an MFA in creative writing (poetry) from New York University in 2001.

UHD supported the development of the book via a 2018 ORCA grant, along with 2009 and 2015 Faculty Development Grants, which funded archival manuscript research at the British Library. The 2015 grant funded a short course and certificate in medieval manuscript illumination from the London Rare Books School.