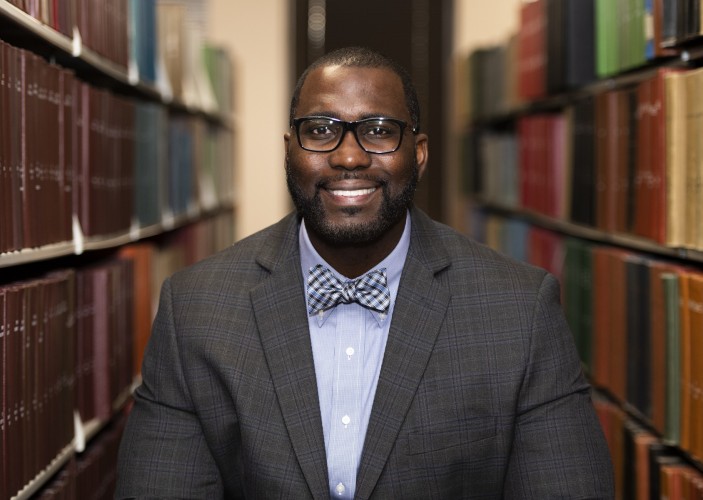 Many names will come to mind when discussing the civil rights movement. Icons such as Martin Luther King Jr., Bayard Rustin, John Lewis, and Rosa Parks will usually be mentioned when recalling the era of segregation and the push for equal rights.

A University of Houston-Downtown history professor, however, has a few more names to add to the list of Civil Rights heroes. These include Church of God in Christ (COGIC) bishops J.O. Patterson, G.E. Patterson and W.L. Porter among other religious leaders.

Dr. Jonathan Chism, assistant professor of history, uncovers the role of leaders in COGIC and other black churches in Memphis during the civil rights movement in his new book “Saints in the Struggle” (Lexington Books, a subsidiary of Rowman & Littlefield).

Through archival research (including oral histories), Chism details the significance of grassroots activism during the height of the Civil Rights era and how black churches united (regardless of denomination) to advocate for equality.

“The book uncovers many of the lesser known activists in the Memphis area, who worked behind the scenes,” Chism said. “One of the groups highlighted in ‘Saints in the Struggle’ is Community on the Move for Equality (COME).”

COME, Chism said, was a local grassroots organization founded in the basement of Memphis’ Mason Temple (the 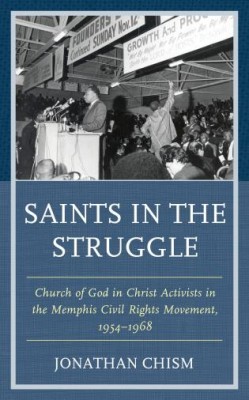 site of King’s final speech, “I’ve Been to the Mountaintop”). Members included Rev. James Lawson, G.E. Patterson, J.O. Patterson and other church leaders. The organization played a major role during the Memphis sanitation strike, a symbolic civil rights moment and the reason King was in Memphis when he was assassinated.

“The strike was the starting point for involvement for many black church leaders in Memphis,” Chism said. “It sparked collective activism across denominational lines … Baptists, Methodists, COGIC and others. Readers can learn about COGIC’s role in the movement, as well as other denominations that collaborated and worked together for a larger purpose … economic justice and ending segregation.”

Chism’s book also explores other events that sparked action among church leaders and others. He focuses on the recruitment and organizing efforts of activists in the Memphis NAACP, COME, and other organizations.

“Local leaders were committed to galvanizing local pastors and churches to work together,” he said. “They envisioned that area pastors could mobilize their church members to change the city’s political landscape, to end desegregation in Memphis, and push for economic justice for striking sanitation workers. The text shows that the movement was truly larger than King, and he was not sole reason that black churches rallied together during the Civil Rights era.”

The text remains relevant, Chism said. It focuses on several unsung voices in the civil rights movement and helps readers understand how and why pastors and churches in Memphis with different Christian beliefs united for a common cause. Black pastors and churches did not simply show up on their own initiative, he said. Local leaders recruited and rallied them to join the movement.

“We see less of this today,” Chism said. “Many activists have lost faith in black pastors and churches. They question whether churches are concerned about downtrodden people in their communities and doubt that the centers of worship can work together for social justice as they did during the civil rights era. This book shows how grassroots leaders had similar doubts about black churches, but nevertheless maintained faith that churches could help address social injustices in Memphis. It offers readers a sense of hope that local activists can potentially do the same today.”