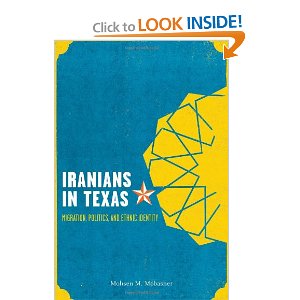 "Examining the political nature of immigration and how the originating and receiving countries shape the prospects of integration, Mohsen Mobasher incorporates his own experience as a Texas scholar born in Iran. Tracing current anti-Muslim sentiment to the Iranian hostage crisis, two decades before 9/11, he observes a radically negative shift in American public opinion that forced thousands of Iranians in the United States to suddenly be subjected to stigmatization and viewed as enemies.

The book also sheds light on the transformation of the Iranian family in exile and some of the major challenges that second-generation Iranians face in their interactions with their parents."