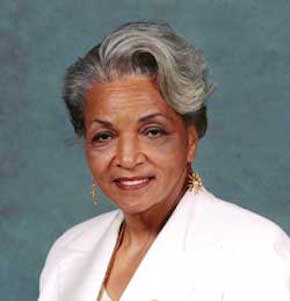 UHD's President's Ambassador Lecture Series will welcome Cynthia Shepard Perry, former U.S. ambassador to Sierra Leone and Burundi, to speak to University students, faculty and staff on Wednesday, Oct. 21, at 10 a.m., in the Robertson Auditorium (A350). This special event will commemorate Houston Citizenship Month and United Nations Day, which is celebrated Oct. 24.

A native of Indiana, Perry served three U.S. presidents throughout the 25-year span of her career as a diplomat. President Ronald Reagan appointed her Chief of Education and Human Resources of the U.S. Agency for International Development and named her Ambassador to Sierra Leone from 1986 to 1989. Under President George H.W. Bush, Perry acted as ambassador to Burundi from 1989 to 1993. She also served as U.S. Executive Director of the African Development Bank during the presidency of President George W. Bush, during which time she promoted micro-lending projects for small start-up loans, particularly for women.

An accomplished artist and writer, she is currently preparing a new edition of "All Things Being Equal," her 2001 memoir.