President Flores, UHD employees and students were on-hand at the Houston Public Library this weekend for the kick-off of Open the Door, a collaborative public art project from the Texas-French Alliance for the Arts. The project culminates in 60 doors being transformed into works of art and exhibited throughout the city.

The afternoon featured entertainment, refreshments and the official presentation of the first round of doors. Activities included spoken word performances by Writers in the Schools and the Houston Storyteller's Guild, music by the Hustler's Brass Band from New Orleans and Virtuosi of Houston, poetry created on the spot by Inprint, the French Theater troupe Et Voila Theatre, dance performances by Urban Souls, and a DJ on the Central Library Plaza.

Several UHD students were selected to participate in the project, painting doors that will be featured alongside works of art from well-known, established artists.

More information about this project will be featured in the Spring 2013 edition of UHD Magazine - due out in May. 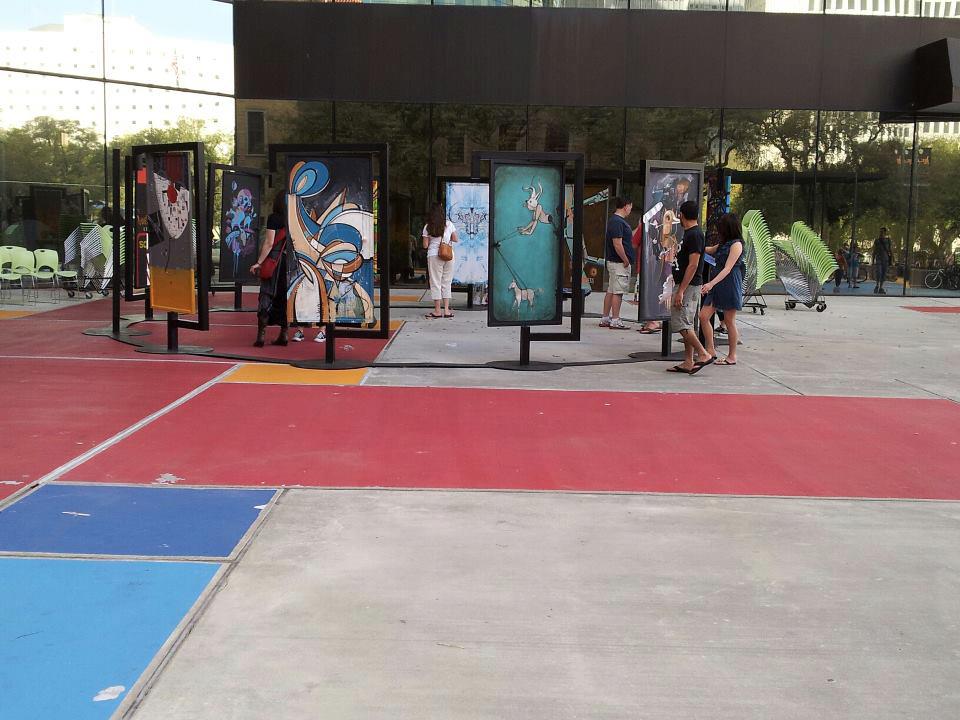 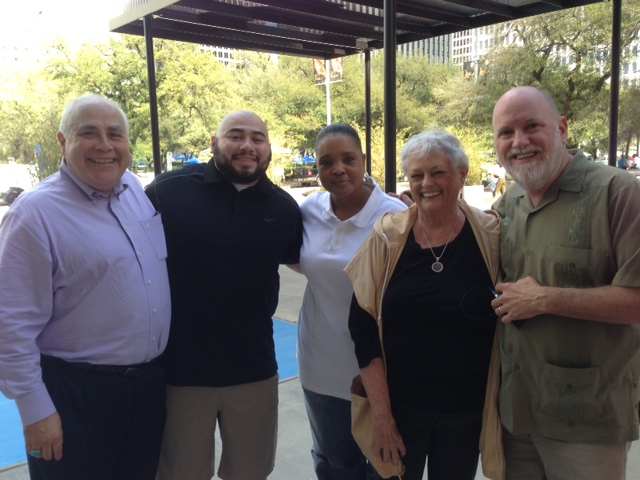