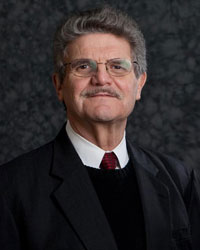 The Search Committee for a Senior Vice President and Provost of the University of Houston-Downtown submitted five candidates for consideration, each of whom visited campus to meet with faculty, staff and students. The consensus of all who participated in the process was that the pool of candidates was strong and each finalist had skills and talents that could contribute to the growth and development of UHD.

However, during the last several months, under Ed Hugetz's leadership as Interim Senior Vice President and Provost, the University began to make progress on a number of critical initiatives. Working with faculty and staff, Hugetz played a key role in the FY2014 budget process, reorganized and merged the Divisions of Academic Affairs and Student Success and Enrollment Management, instituted a new vision for transfer and freshman academic advising, began work with the Faculty Senate on policy revisions and is working to smoothly implement the first year of admission standards. Recognizing Hugetz's contributions, and based on many positive comments from a variety of constituencies throughout the campus, President Bill Flores questioned whether a change in leadership would be in the institution's best interest.

In consultation with the Search Committee, Faculty Senate Executive Committee, Cabinet, deans, chairs and directors, as well as leadership from student affairs, academic affairs, Student Government Association and Staff Council, Flores decided to extend Hugetz's appointment and discontinue the search. This will allow UHD to solidify the important gains Hugetz helped to initiate during his tenure.

Flores thanked the Search Committee for their commitment and expressed his confidence in Hugetz's leadership in successfully moving the institution forward.