According to team coach John Hudson, the team of 14-members overcame the toughest competition it faced in regional meets during the event.

The WABDL Southwest Regional, which is open to collegiate and non-collegiate teams, featured three very strong Texas all-star teams, three exceptional teams from the Rio Grande Valley region and lifters from Arkansas and Oklahoma. Coach Hudson knew the competition would be fierce and warned his lifters that the only sure way to win would be to earn a perfect score of 260 points. UHD's final score of 260 beat the second-place team from the Dallas area by 24 points.

"I applaud the team's determination and focus. Their performance was the best overall team effort that the UHD powerlifting team has ever delivered," Hudson said.

Kenny Nguyen: An incoming freshman and Merit Scholar, Nguyen benched an amazing 440.7 pounds in the 148 pound weight class for a Teen 16-17 World Record, destroying the existing record by nearly 60 pounds.

Jesse Trevino: Also a sophomore, Trevino pulled a 546.6 pound deadlift in the 148 pound weight class for a Teen 18-19 World Record.

Jordan Glenn: A sophomore, Glenn broke his own world record with a 686.5 pound deadlift in the 198 weight class. 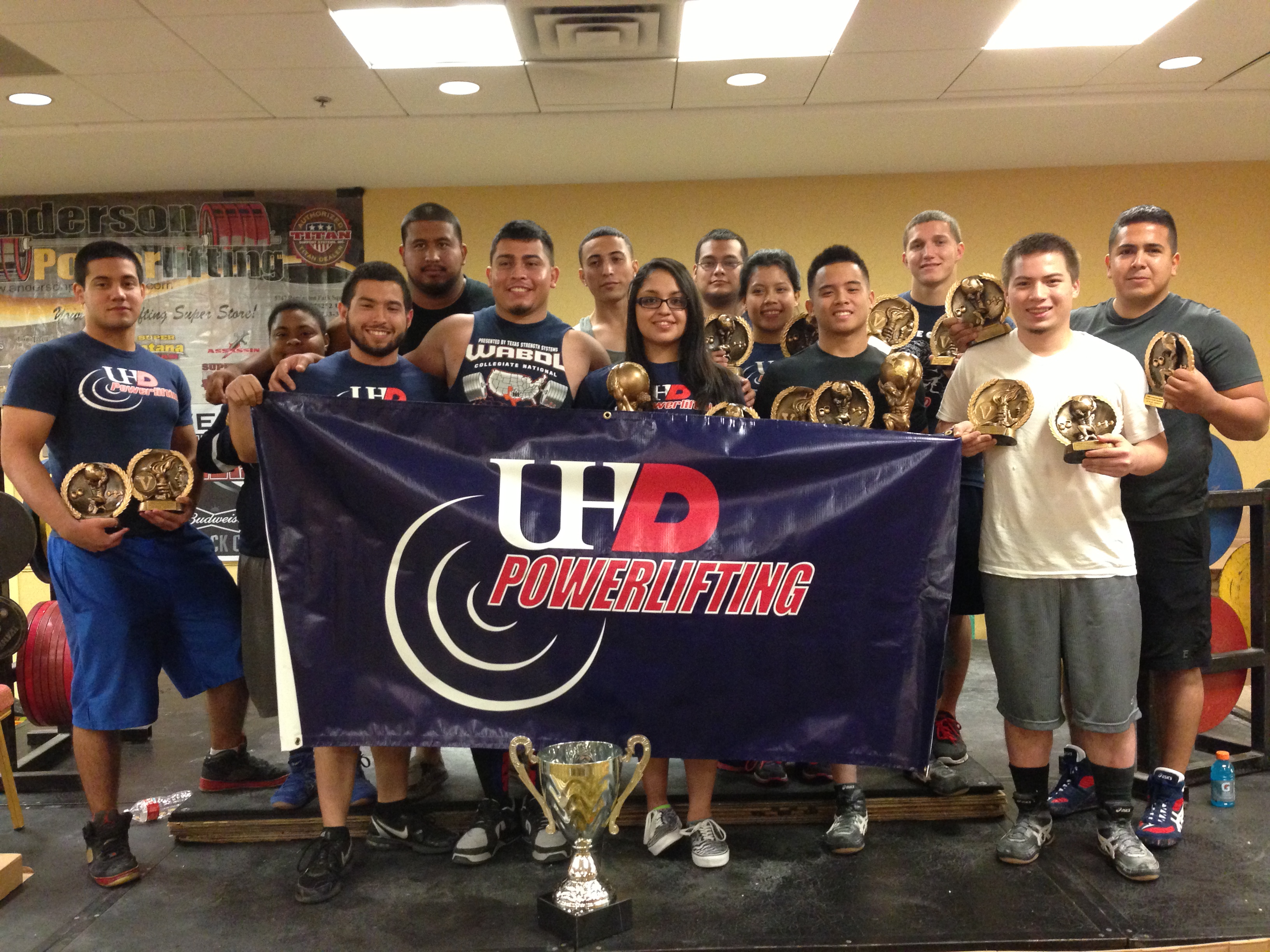