Powerlifting Recruits All Around Great Student-Athlete

"More powerful than a locomotive. Able to leap tall buildings in a single bound..." Or something like that.

"In addition to his outstanding academics, which earned him the four-year scholarship, Kenny has been a dominate force in the Texas High School Powerlifting Association (THSPA) at the 123- and 132-pound weight classes for several years. He holds bench press records with THSPA and the World Association of Benchers and Dead Lifters (WABDL) and has won a WABDL National High School Championship."

"Kenny's recruitment is an example that UHD truly is becoming the destination of choice for student-athletes who wish to pursue a quality education while competing in collegiate-level powerlifting," Hudson said.

Congratulations to Kenny and UHD Powerlifting! 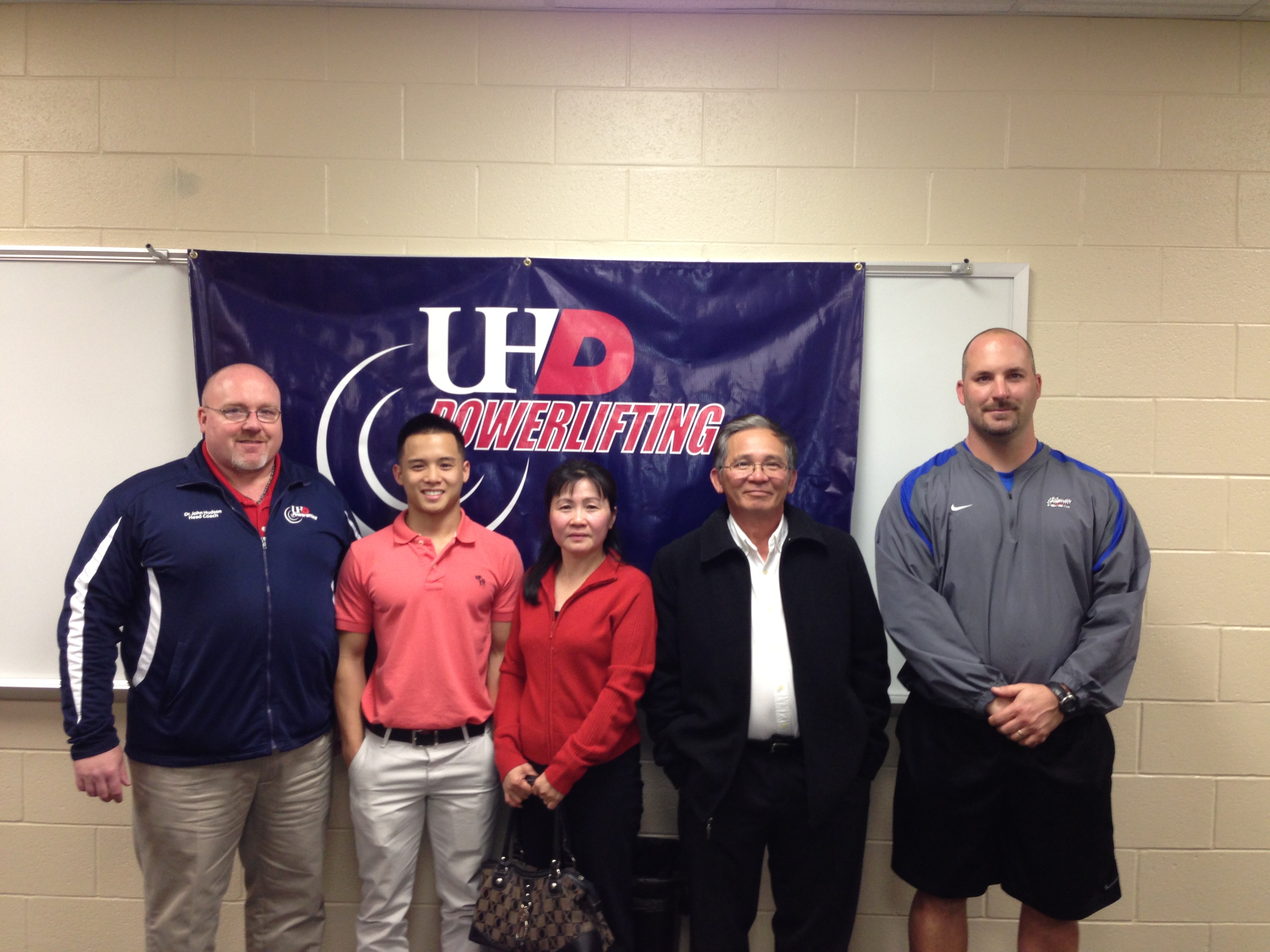 Powerlifting Recruits All Around Great Student-Athlete
Back to UHD News