UHD's powerlifting team has won numerous tournaments and several team members even hold world records in lifting and now the rest of Houston will know what the university has known for years - these guys (and gals) are good!

Houston's 713 News recently visited UHD's Student Life Center to catch the team in action and interview coach John Hudson. The anchor, Cyndi Garcia, asked Hudson and the students questions while the cameraman filmed the team training for the World Bench Press and Deadlift Championship this weekend in Reno, Nevada.

Garcia said, "We came to UHD to film the team because of Dr. Flores (UHD President). He's a member of our online community and mentioned how great the team was, so here we are." 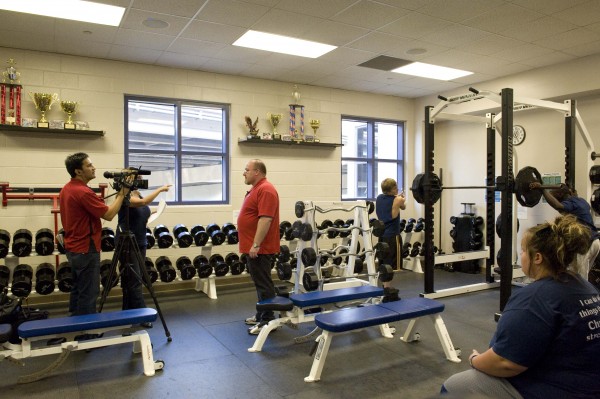 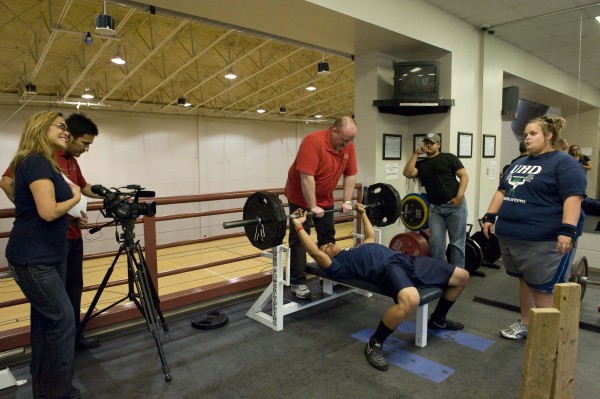