Two co-captains of the UHD powerlifting team, senior Ilian Rojas and sophomore Dorthy Tran, were recently awarded the UHD Powerlifting Sister Adele Brennan Academic Achievement Award. This scholarship awards $2,000 each semester to those team members who demonstrate the greatest improvement in their cumulative grade point averages. Rojas and Tran will each receive $1,000.

The award is made possible through the generosity of an anonymous donor and honors Sr. Adele Brennan, O.S.U., a native of Galveston who has served others as an Ursuline Sister since 1972. Sister Adele taught high school and served as a campus minister and assistant principal in Ursuline schools in Chicago, St. Louis, Dallas, New Orleans and Decatur, Illinois. From 2006 to 2012, she served as Director of Adult Formation at St. Cecelia Catholic Community in Houston. Her love, compassion and patience touched indelibly the lives of so many on their spiritual journeys.

Rojas, a graduate of Yes College Prep in Houston and a NOYCE Scholar , is double majoring in applied mathematics and statistics and has been a member of the UHD powerlifting team since Coach John Hudson founded the team in 2008. He has won 16 total meet championships as a Gator, set four records and earned three prestigious best-lifter awards in competition. Rojas has made incredible improvement as a member of the team. In his first competition in 2008, Rojas could only manage a 264.5 pound bench press; in July of 2013, he successfully bench pressed 512.5 pounds.

Tran, a sophomore majoring in mathematics, is a graduate of J. Frank Dobie High School in Pasadena and came to UHD after an outstanding high school powerlifting career that ended with her third-place finish at the 2012 Texas High School Women's Powerlifting Association State Championships. She has 20 meet championships to her credit, has set nine records and won two best lifter awards. She was recently selected for USA Powerlifting's Team USA junior squad which will compete at the International Powerlifting Federation's World Bench Press Championships to be held in Denmark in May. Tran is the first member of the UHD powerlifting team to earn a spot on Team USA. 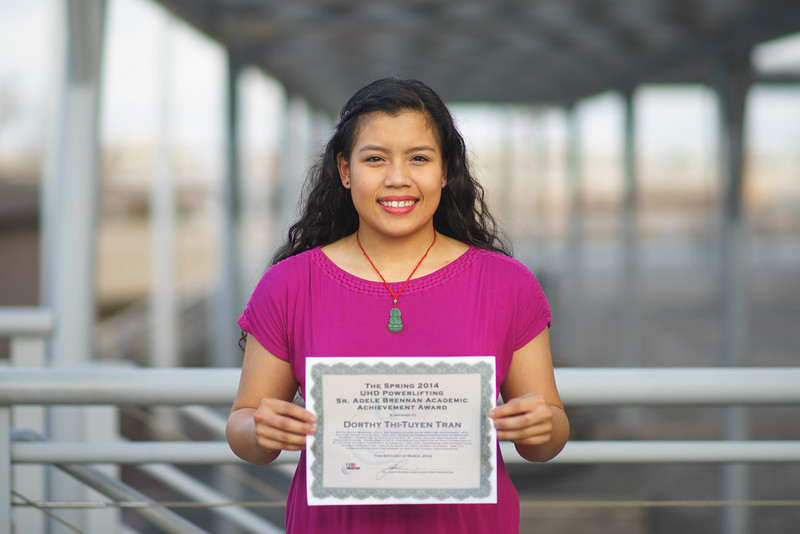 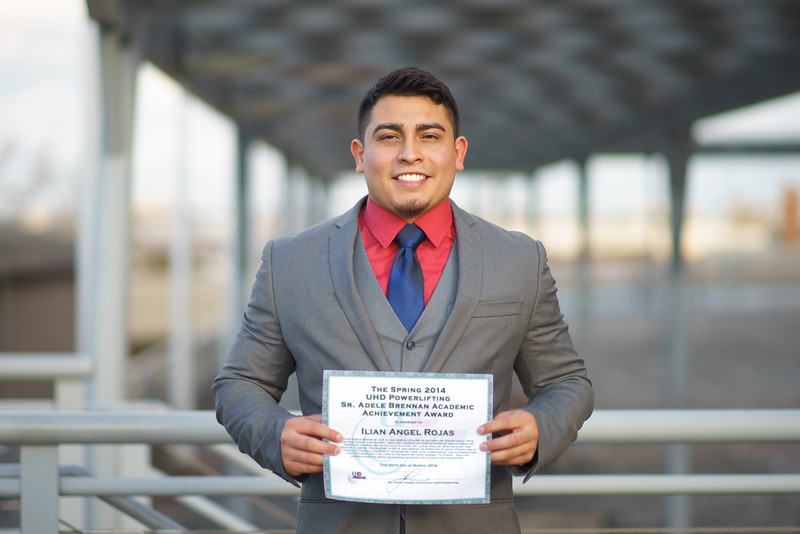