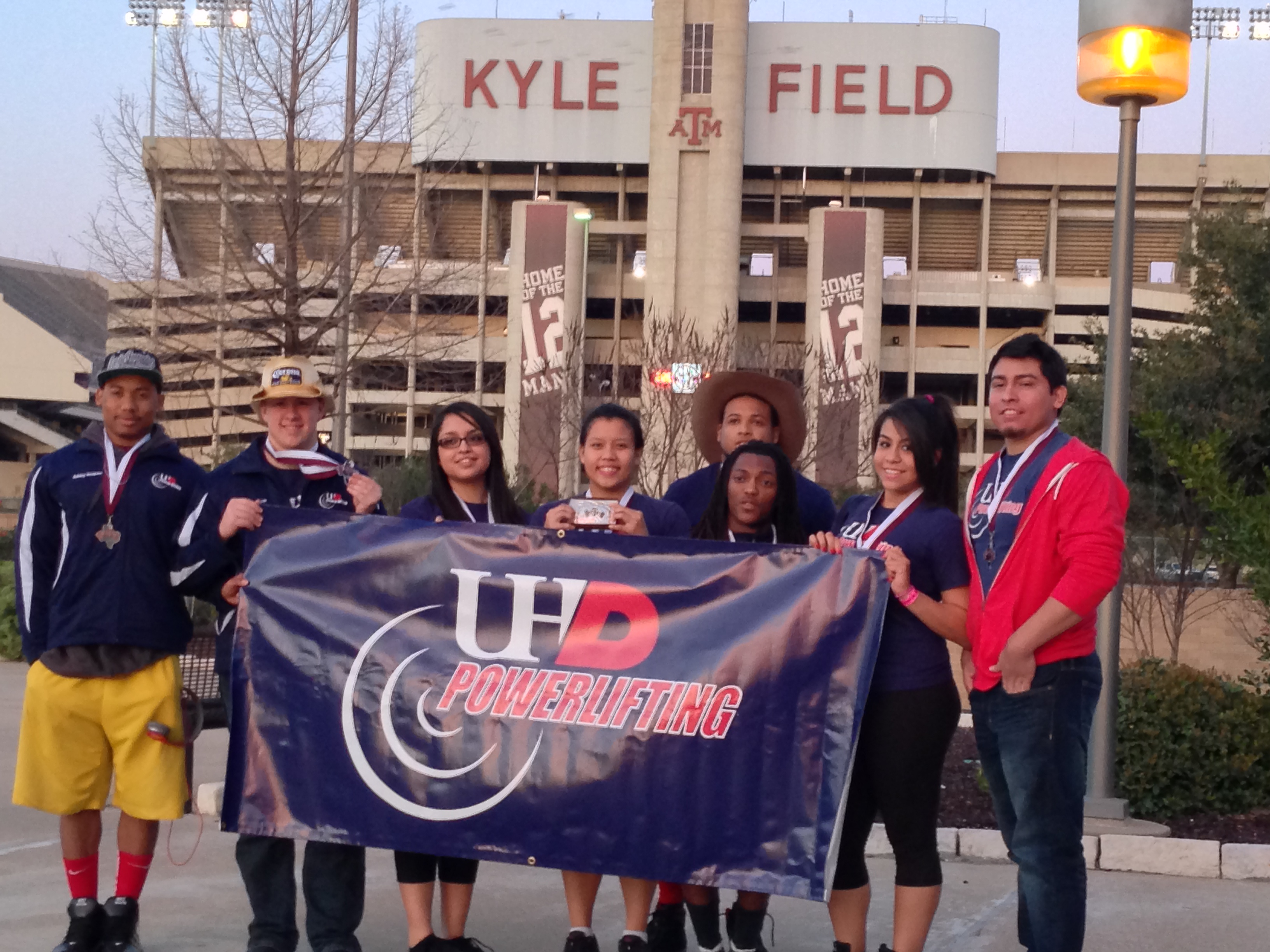 UHD came away with five individual championships, two runner-up finishes and one third place finish. Freshman Dorthy Tran not only finished first in the 165 weight class of the Collegiate Division, but also won the overall "Best Lifter" award for women, given to the female lifter who lifts the most weight relative to body weight.

Each competitor performed three lifts: the squat, the bench press and the deadlift. The best of three attempts for each lift are added together for a total score. Individual results are as follows: