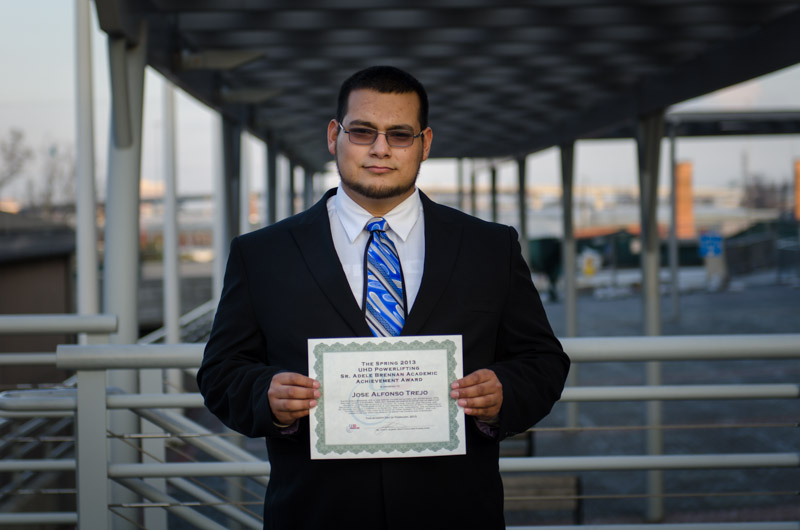 The award was made possible through the generosity of an anonymous donor and honors Sr. Adele Brennan, O.S.U., a native of Galveston who has served others as an Ursuline Sister since 1972. Sister Adele has taught high school, served as a campus minister and assistant principal in Ursuline schools in Chicago, St. Louis, Dallas, New Orleans and Decatur, Illinois. From 2006 to 2012, she served as Director of Adult Formation at St. Cecelia Catholic Community in Houston. Her love, compassion, and patience have touched indelibly the lives of so many on their spiritual journeys.

Trejo, who graduates in May, was the first UHD powerlifting team member to bench press more than 500 pounds and holds the record for highest team bench press at 523 pounds.