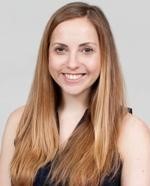 Thursday, May 12, Rebecca Pfeffer, Ph.D., University of Houston-Downtown (UHD) assistant professor of criminal justice, was an invited panelist for the Raindrop Women's Association-Houston (RAWA). The panel, cosponsored by the United States Fund for UNICEF and United Against Human Trafficking, discussed human trafficking and what concerned citizens can do to eliminate trafficking in Houston communities.

Pfeffer's research focuses generally on the victimization of vulnerable populations, including those with special needs and victims of human trafficking and hate crimes. Her current research focuses on public policies addressing prostitution, both in terms of the buying and selling of sex, and specifically investigates effective law enforcement response to prostitution.

As a research associate at Northeastern University's Center for Criminal Justice Policy Research, Pfeffer managed two National Institute of Justice-funded studies on human trafficking in the United States: barriers to the successful identification and prosecution of human trafficking cases, and experiences of labor trafficking victims.

"The women of RAWA were incredibly welcoming and eager for continued partnership," Pfeffer said.