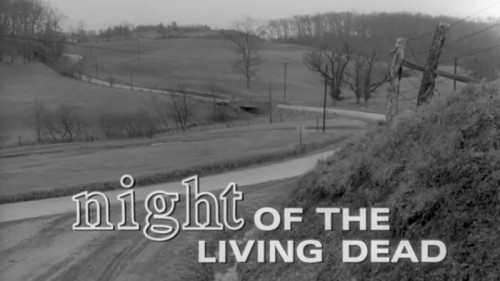 'Night of the Living Dead'

The gas station is often viewed as a harmless, benign stop for commuters and travelers. Looking back at a few classic horror films, however, these mainstays of the American landscape take on much deeper meanings.

University of Houston-Downtown researcher Dr. Chuck Jackson recently focused on three iconic horror films and the memorable (and frightening) scenes featuring gas stations. “Invasion of the Body Snatchers” (1956), “The Birds” (1962) and “Night of the Living Dead” (1968) all have pivotal moments centered around gas stations or gas pumps. During these respective eras, the gas station often served as a gateway to weekend escapes, day trips, vacations or other optimistic ventures. These films, however, juxtapose horrific situations with these otherwise benign and everyday environments.

He explores these scenes and deeper reflections on America’s dependence on oil and gas in the article “Petrification and Petroleum: Affect, the Gas Pump and US Horror Films (1956–73),” which was recently published in the journal Film Studies.

“Starting in 1956, but throughout the 1960s, some of the most popular American horror films include a scene that takes place at a gas pump that goes terrifyingly wrong,” said Jackson, Associate Professor of English and Coordinator of UHD’s Film Studies Minor. “Each film destroys the presumed pleasures of getting gas to fuel a car as it heads to its next destination. Instead of a full tank, the films bring monstrosity and death.”

The scenes Jackson explores include a menacing alien shape-shifting seed placed in a car’s trunk by a dubious service attendant in “Body Snatchers”; an explosion caused by blood-thirsty fowl and a cigarette smoking citizen in “The Birds”; and a blinding explosion ignited by torch wielding escapees from a zombie horde in “Living Dead.” The characters’ reactions to these events are what Jackson describes as “petrification meets petroleum.”

As Jackson states at the onset of his article, these films “imbue scenes that take place at a gas pump with a horror so intense, it petrifies.” Indeed, the reaction of protagonists to the events that take place at these service stations reflect paralyzing dread.

“The films uniquely join petroleum with petrification, or oil and the body’s experience of terror – characters ‘turn to stone’ as they apprehend the horror of oil as an out of control and deadly force,” he said.

He added that these fearful moments within these films counter the popularity of open highways and car culture found not just in films, but across the country.

“My argument is that the films index an alternative affect to what other scholars have termed the ‘exuberance’ of oil for Americans,” he said. “The scenes elicit a feeling that is radically at odds with Big Oil’s 1950s and 60s advertising and marketing campaigns and the seemingly progressive federal funding of our current national highway system--a project that guarantees private travel in individually owned cars will be the expectation for us all in the decades to come.”

Jackson, also a Fellow in UHD’s Center for Critical Race Studies, is a film scholar who frequently focuses his scholarly work on race and the horror genre. He previously explored the relationship between oil and gas and horror in the article “Blood for Oil: Crude Metonymies and Tobe Hooper's Texas Chain Saw Massacre (1974)” published in the journal Gothic Studies.

The horror genre, he said, provides deeper insights into human nature, culture and the environment than many audiences realize. His insights on the aforementioned films and the oil and gas industries reveal much about ourselves and our reliance on these resources.

“As scholars have made clear, the horror genre asks viewers to take pleasure in what we would otherwise find unbearable – fear and disgust – and often this includes forms of oppressive power,” he said. “These case studies have a pedagogical value as they teach us to feel differently about the stranglehold that oil culture has on the world, which only came into being as such an intense fashion less than 100 years ago.”

Jackson is the annual coordinator of the UHD Halloween movie screening (on hiatus due to COVID-19) and recently served as a Fellow at Black Film Center/Archive at Indiana University, where he researched the works of Jessie Maple, the first African American cameraperson to be part of the cinematographers' union. His published journal articles are available for reading through UHD’s W.I. Dykes Library’s database and Google Scholar.