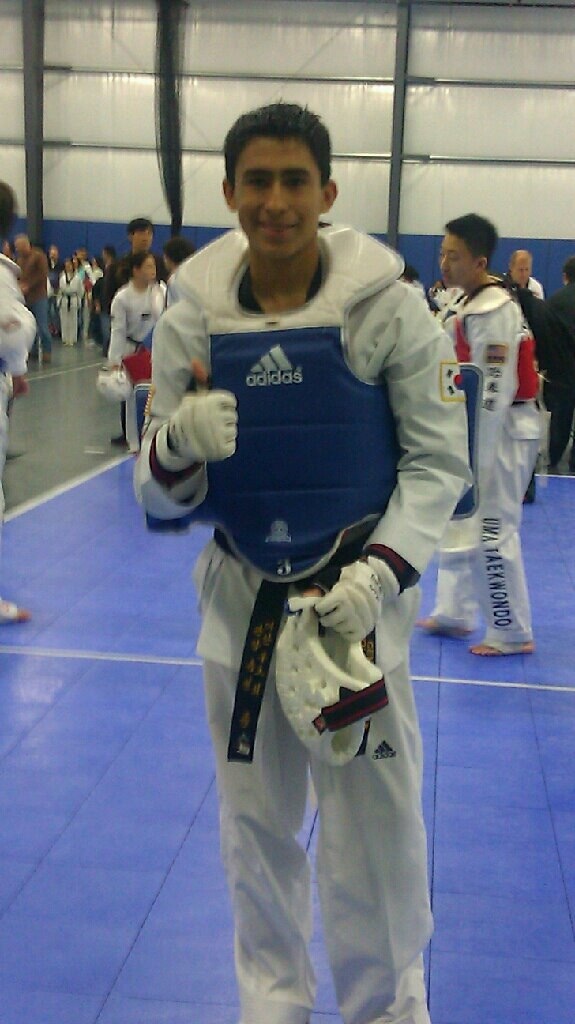 University of Houston-Downtown freshman and 2012 Olympic athlete Luis Olivares began studying the art of taekwondo at the early age of 4.

"I was already getting bullied a lot at that young age, and my parents were really concerned when the bullying became physical. They started me in taewkondo so I could learn to defend myself, but taekwondo made some much bigger changes in me than just that." Olivares says martial arts taught him to be non-violent, to be confident, to be self-disciplined and to never give up- all lessons much more valuable than physical self-defense.

Taekwondo roughly translates to "the way of the hand and foot." Olivares says, "Taekwondo is more than a sport. It is a practice, an art, a way of life that is focused on mastering the mind as well as the body, and being humble."

A graduate of Cypress Springs High School, Olivares competed in the 2010 Korea Open Taekwondo International Championships, an invitational of the 5,000 best fighters in the world. He placed first in his division, moving on to several state competitions and ultimately placing second in the U.S. Nationals competitions, where he qualified for the 2012 Summer Olympic games.

"Training for that level of competition, against some of the best athletes in the world, requires you to take so much responsibility for your own actions. I practiced seven days a week for six hours each day. It was difficult, but I was glad to have the opportunity," he says.

While Olivares is majoring in Control and Instrumentation Engineering Technology (CIET), he hopes to continue to develop his art and share it with other members of the UHD community. He is working to establish a taekwondo student club because he believes taekwondo can enrich the lives of individual students as well as enhance the campus spirit. The organization needs five more members in order to register with the Student Activities office. Olivares is looking for members of all skill levels, from beginner to expert, who will practice taekwondo together, attend competitions, and perform at functions on campus and in the community.

"Besides improving a person's physical strength and health, taekwondo promotes respect for self and others as well as a discipline that can be applied to any challenge. I want to help other people experience that," he says.

For more information and to join the taekwondo club, contact the Office of Student Activities.