Old School vs. New School Basketball Game Goes Down to the Wire

The current team raced out to an 11-2 lead before the alumni powered back to 20-16 at halftime. In the second half, the current Gators built up another big lead and maintained it until the alumni dialed up full-court pressure defense and great shooting to take the lead with 20 seconds left in the game. Unfortunately, the comeback fell just short as time expired. Old School was led in scoring by Joe Olvera, class of 2007, with 11 points and Roger Williams, class of 2004, with ten points. Cody Hill and Jonathan Hill led the current Gators with nine points apiece.

The alumni expressed their appreciation for being invited back and their enjoyment of playing against the current students. The game was organized by Richard Sebastiani, director of Sports & Fitness, and UHD grad Carl Williams, class of 2005. They hope to make this an annual tradition and to eventually raise funds for student scholarships through games like these. Sebastiani believes they are excellent opportunities to keep alumni connected to the University and a great and fun way to recognize the former "legends" of UHD club sports.

A volleyball alumni match is scheduled for 6:30 p.m. March 4 at the Student Life Center. 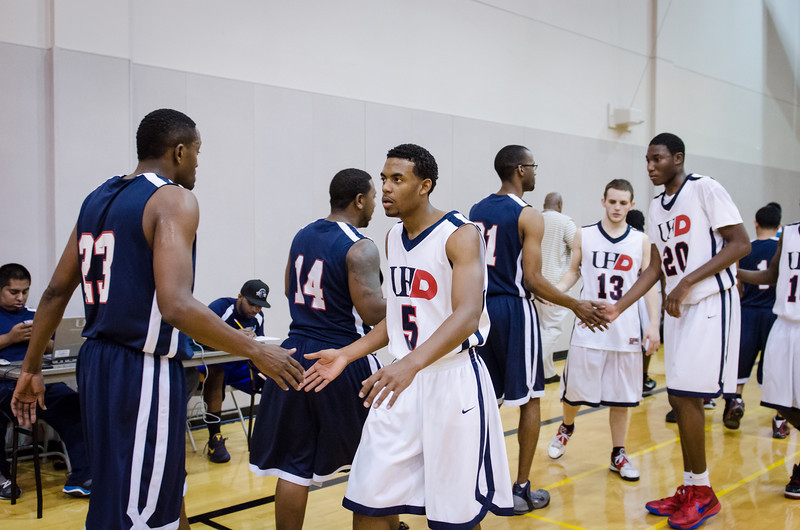 Old School and New School shake hands at the end of the game. 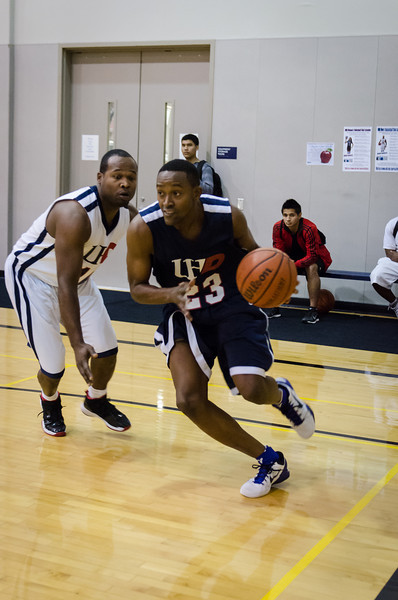 Alum Carl Williams, class of 2005, drives to the basket.

Old School vs. New School Basketball Game Goes Down to the Wire