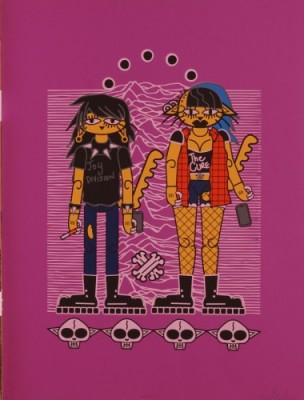 Latinx communities are rich with tradition, culture and diversity. The O’Kane Gallery at the University of Houston-Downtown (UHD) will celebrate the political, spiritual and familial identities of this growing segment of the global population during “Close to Home: Latinx Art and Identity.”

This exhibition assembles 48 prints from an extensive collection owned by Drs. Harriett & Ricardo Romo and will be on view Jan. 31 – April 11. “Close to Home” is part of the citywide Latino Art Now! Conference that includes performances, lectures, exhibitions and events at more than 30 Houston venues. The opening reception for the exhibition is 6 p.m., Thursday, Jan. 31.

Artists represented in “Close to Home” include César Martínez, noted for his prints depicting Mexican-American lowriders and Cholos; Luiz Jimenez, the late artist who became renowned for showcasing images of nature and working-class communities; Frank Romero, whose colorful works often depict politically-charged urban landscapes; his daughter Sonia Romero, whose prints intersect natural and spiritual themes in their depictions of Mexican-Americans; and Patssi Valdez, whose colorful paintings often evoke dreamlike images of home that straddle the fantastic and the familiar. 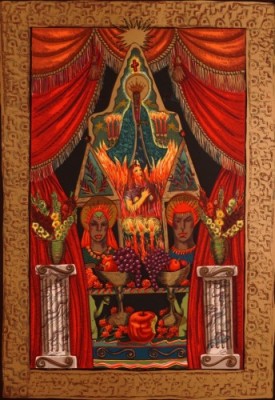 “There’s a recurring theme of cultural presence and pride in this exhibition,” said Mark Cervenka, director of the O’Kane Gallery. “Many of the works also address social justice … looking at one’s place in society as an equal and understanding the social challenges of individuals and communities that identify as Latinx.”

Color is a common thread among the works presented in “Close to Home.” According the Cervenka, the vibrant tones complement social statements made in many of the exhibition’s pieces. Although the aesthetics are consistent, the art expresses a range of themes, messages and emotions. Such diversity is reflective of the city of Houston, UHD and Latinx universities around the globe, Cervenka said.

“We’re proud to provide a lens into the art world for our students and the community,” he said. “This exhibition will spotlight a variety of artists, each with their own signature styles, who bring something different to the world of art and to this gallery.”

Works on view in the gallery are just a portion of the extensive collection owned by the Romos, longtime friends of UHD President, Dr. Juan Sánchez Muñoz and veteran higher education professionals. Dr. Ricardo Romo is the former president of The University of Texas at San Antonio (UTSA), and Dr. Harriett Romo serves as a UTSA professor of sociology and directs the institution’s Child & Adolescent Policy Research Institute and UTSA Mexico Center.

“Close to Home” features prints from Modern Multiples, Self Help Graphics and Coronado Studios. Richard Duardo, owner and Master Printmaker at Modern Multiples was a student of Dr. Ricardo Romo in California. He was inspired by the Franciscan nun, Karen Baccalero, who, with a group of Los Angeles printmakers, formed Self Help Graphics in 1973. It became a hub for the rising Chicano cultural and political movement.

Under its current director, Betty Avila, Self Help Graphics is dedicated to the production, interpretation and distribution of prints and other art media by Chicana/o and Latinx artists. Sam Coronado of Coronado Studios in Austin, Texas, was a co-founder of Mexic-Arte Museum—the state’s official Mexican and Mexican-American art museum. He also founded the Serie Project, which is a non-profit organization with a mission to create and promote serigraph prints created by Latinx artists and others in a workshop environment.