O'Kane Gallery Presents 'A LIFE IN BOOKS: The Rise and Fall of Bleu Mobley'

The O'Kane Gallery presents "A LIFE IN BOOKS: The Rise and Fall of Bleu Mobley," an award-winning book by artist Warren Lehrer. The exhibition will open March 26, from 6-8 p.m. followed by a performance at 7:30 p.m. The exhibit will be available for public viewing through April 23.

The illuminated novel contains 101 books within it, all written by Lehrer's protagonist — Bleu Mobley —who finds himself in prison looking back on his life and career. Through the course of one long night in the darkness of his prison cell, he whispers his life story into a microcassette recorder, tracing his journey from the public housing project of his youth to a career as a journalist, an experimental novelist, college professor, accidental bestselling author, pop-culture pundit, and unindicted prisoner. The award-winning book is an exploration of one man's means of understanding himself, the people around him, and a half-century of American/global events. It celebrates the mysteries and contradictions of the creative process, grapples with the future of the book as a medium as well as the lines that separate (and sometimes blur) truth, myth, and fiction. 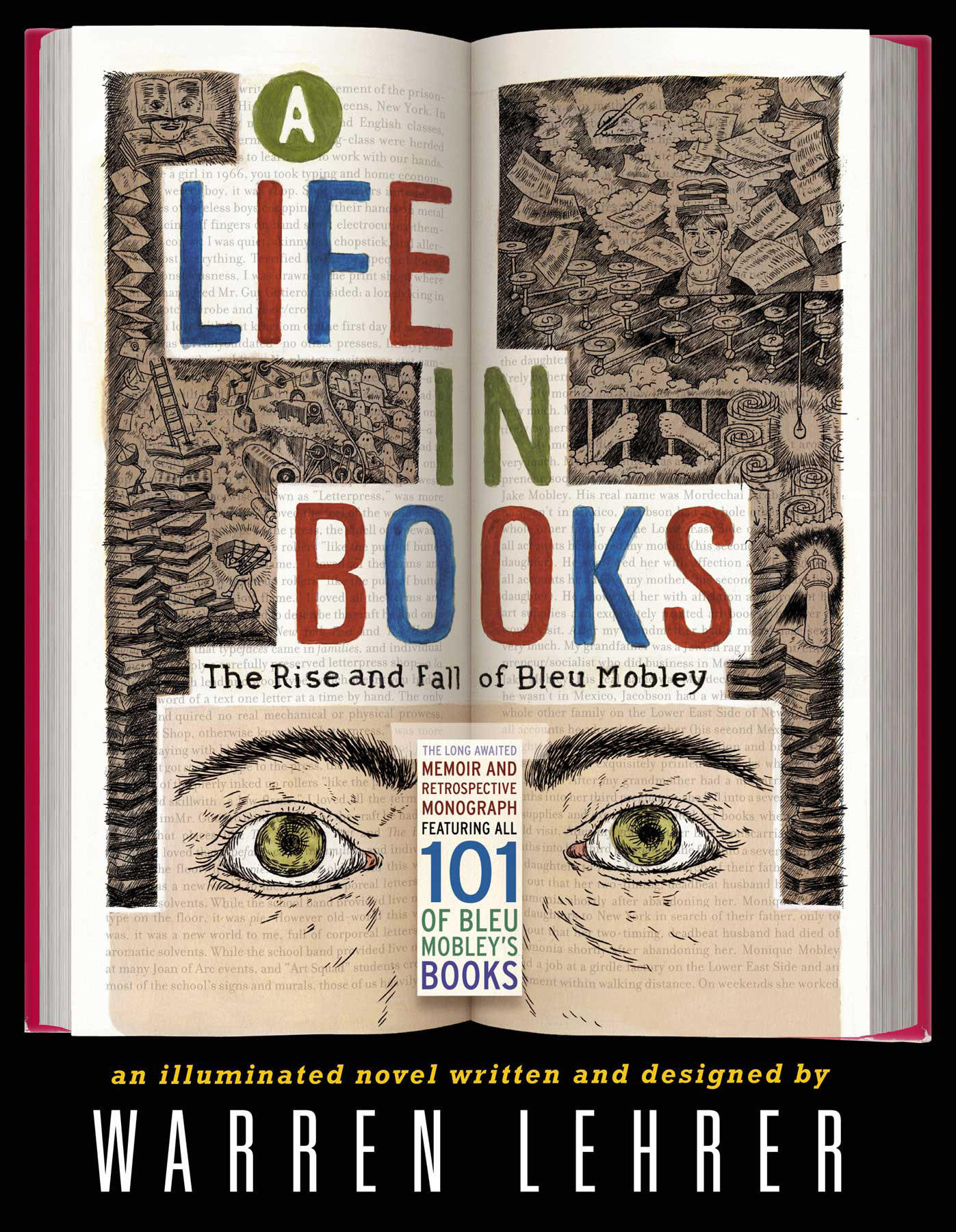 O'Kane Gallery Presents 'A LIFE IN BOOKS: The Rise and Fall of Bleu Mobley'