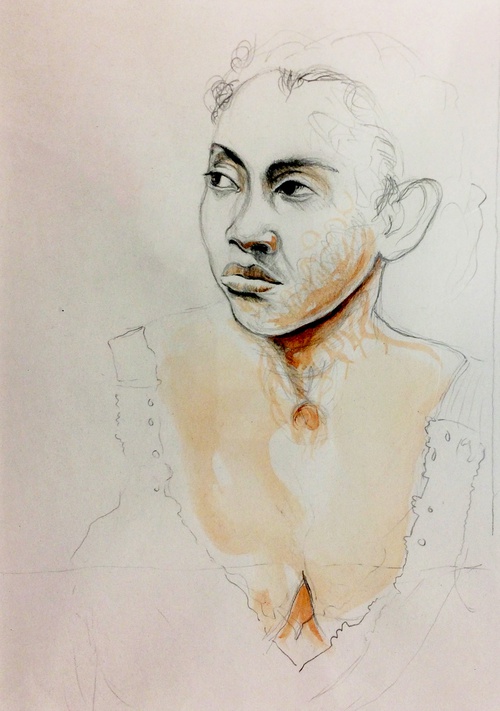 University of Houston-Downtown art professor Floyd Newsum's artwork has earned acclaim from art aficionados around the world, but his most loyal enthusiasts are those right here in Houston.

Soon, Houstonians will have further opportunity to explore Newsum's creative evolution during a special exhibition at the UHD's O'Kane Gallery. "Floyd Newsum: A Survey - 1970 to 2018" will feature more than 35 of the artist's works Feb. 8 - March 29.

An opening reception is scheduled at 6 p.m., Feb. 8. On this night, the UHD Alumni Association will welcome alums back to campus for refreshments and an opportunity to meet the artist.

Newsum, who has taught at UHD for more than 40 years, worked alongside O'Kane Gallery curator and longtime friend Mark Cervenka in selecting works for this reflective showcase.

"There's a high level of quality in his work," Cervenka said. "I've been wanting to put together a survey of his career, and there's no better place to host that than UHD where he's been so integral for four decades. This exhibit will show the evolution of his style. This is also an opportunity to see that many of his core themes have continued within the work dating from his early realist watercolors to his recent vibrant more abstract paintings."

Works will be arranged to guide visitors through Newsum's noted career. Featured art includes the vibrant watercolor painting "Reverend" (a side profile of an actual preacher that Newsum knew); acrylic painting "Last Count 28"; the iconic "Night Clouds Roll Over South Africa;" multimedia piece "I View the Cross Billy:" and an installation adorned with his drawings made during travels to Asia and Europe.

Recurring themes and images often find their way into Newsum's works, including animals (chickens, snakes, dogs), Tic Tac Toe symbols and ladders (a tribute to his father who was a firefighter in Memphis).

"Those abstractions reveal my inner spirit," Newsum said. "My symbols often have stories behind them. In Nigeria, they say that God sent the chicken down to flatten the earth. And in southern Mexico, it's said that a blue snake is a sign of a good harvest. I employ these images from different cultures to create a dialogue with the viewer and myself."

The range of works in the survey reflects his versatility as an artist. While longtime devotees are well aware of his ability to create different kinds of artwork, Newsum is looking forward to showing his various works to students.

This semester, students in Newsum's Introduction to Visual Arts class will visit the O'Kane Gallery and write about his works. The experience not only teaches students how to write about art, it also educates them on his creative processes.

"Many of these students have only seen my recent work, which is very abstract," Newsum said. "They haven't seen my drawings or watercolors, so they're going to see some things they haven't seen previously."

Raised in Memphis, Newsum earned a Bachelor of Fine Arts from the Memphis College of Art. He then ventured to Philadelphia and received a Master of Fine Arts from Temple University. In 1976, he arrived at UHD and is now one of the institution's longest serving faculty members.

While at UHD, he has balanced teaching future artists with creating works that have been shown in galleries in the city and around the world. These include the Philadelphia Museum of Arts, Museum of Fine Arts Houston, the David C. Driskell Center and University of Maryland College Park. Newsum's painting "After The Storm, CNN" was among those selected for the 2016 opening of the Smithsonian National Museum of African American History and Culture.

His works also can be viewed around Houston. His installation "Planter and Stems" is visible along the Main Street rail line (just blocks from UHD) and "Ladder of Hope" is located in the Acres Home Multi-Service Center.

Newsum appreciates the international recognition, but is most flattered by his audiences in both Houston and at the University—two places he has called home for more than 40 years.

"I'm blessed," he said. "I've enjoyed my journey here at this University. That's why you'll see me in a UHD T-shirt almost every day. I'm proud to be here and proud to teach my students every day."