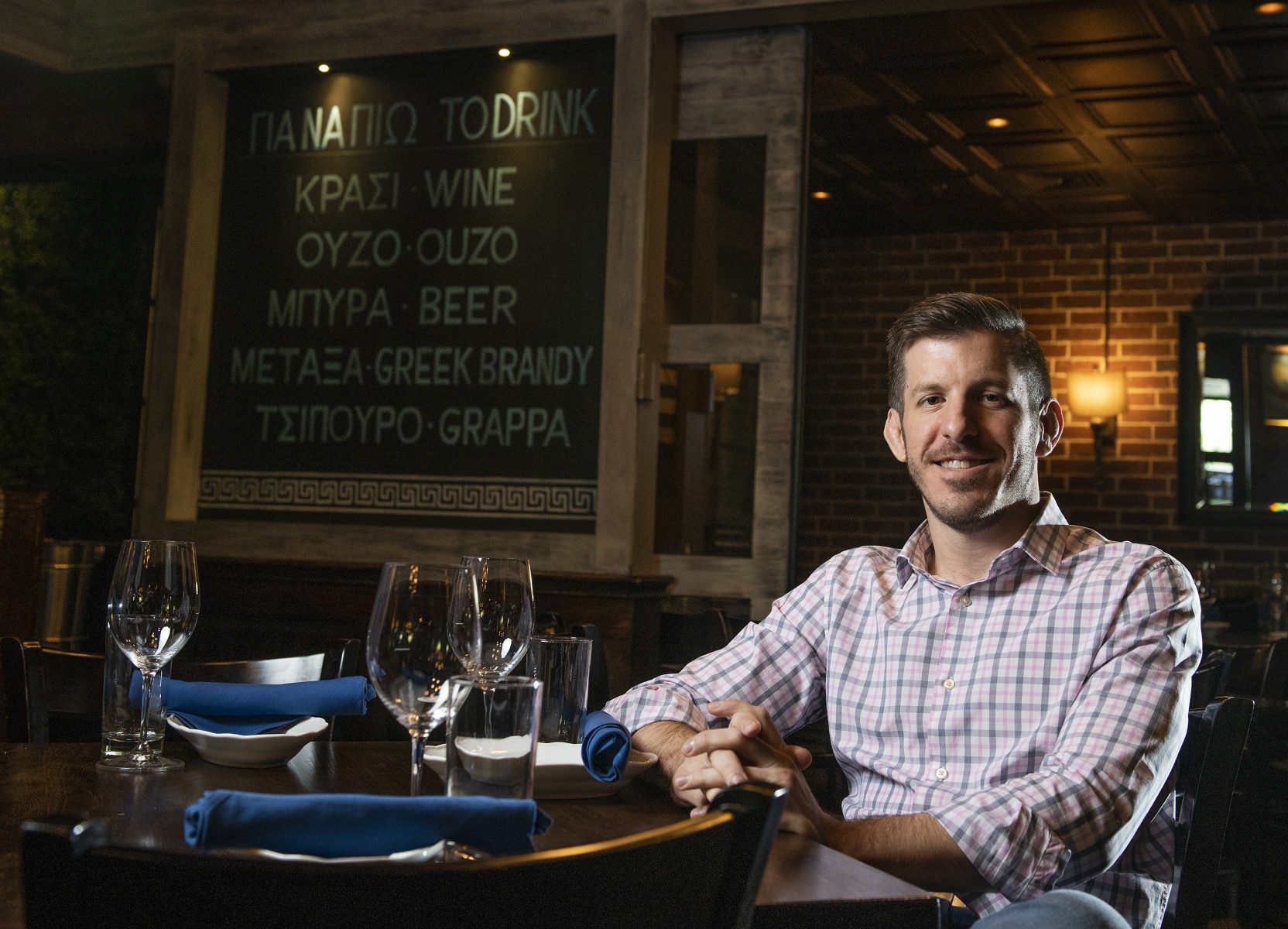 Tim Faiola (Photo by Thomas B. Shea)
7/20/18: Tim Faiola is an Alum who I wrote a feature about. He graduate from UHD in 2012 with a degree in Supply Chain Management and is now the Director of Operations for the esteemed Helen Greek Food and Wine located in Rice Village.

There’s no such thing as a straight shot to success. It's usually a winding road with hills and valleys, pot holes and pit stops. Sometimes, professionals come dangerously close to going over the edge while trying to reach that elusive goal of success.

University of Houston-Downtown (UHD) alum Tim Faiola talks about his path to success with both passion and humility. Over the course of a decade, Faiola went from a listless high school graduate to director of operations for one of the most critically-acclaimed restaurants in Texas.

The native Houstonian was brought up in the same family home in Sugar Land where his parents still reside today.

“I come from a very meager upbringing," Faiola said. "My father was raised very poor, but he worked hard as a computer programmer and eventually was able to buy himself a house. He instilled in me that I was going to have to earn everything I get. Nothing is free.”

After graduating in 2002 from Kempner High School, Faiola floundered around for a few years while working in restaurants. Light on ambition and a sense of direction, he enrolled at Wharton County Community College where he obtained an Associate of Arts in Applied Science. Though he had this accomplishment under his belt, it was not until he landed at UHD that he began to feel confident in his abilities.

“When I got to UHD, it gripped me. I wanted to be the person that I saw inside myself,” Faiola said. “I wanted to be viewed as a professional and be someone that I respected. While I felt like had these qualities inside, I still wanted validation. So for me, pursuing my diploma was a way to show people that I am a person of substance.”

Faiola decided to pursue a supply chain management degree at UHD’s Marilyn Davies College of Business because of its versatility. He also believed in its ability to place him in a position to be in charge and someday run a business.

“College was a transformative experience in many ways. It’s a long process in which you slowly chip away at the person that you were. Your classes get more difficult and you find ways to get it done,” Faiola said. “Each time, you go up a level and at the end of it, you look back and you’re a different person.”

After graduating in 2012, a fellow UHD alum asked Faiola to join him in sales at a small company selling centrifugal pumps. After a year and a half working at this company, Faiola found himself on the receiving end of a big sales deal. Having struggled financially for much of his life, Faiola was tempted to blow his commission on frivolity. After giving it more thought, the business major concluded that with nothing ventured, nothing would be gained.

“I thought, if I make a good decision here,” Faiola said. “Then maybe I can be involved in a project that will be my career.”

It was then that Faiola was approached by good friend about opening a Houston-based restaurant. He decided to take a risk. Thus, Helen Greek Food and Wine was opened in July 2015 to stellar reviews and critical acclaim. Since its opening, the restaurant has received countless national accolades. It was nominated for two James Beard Award nominations including Best New Restaurant of 2016 and Rising Star Chef in 2017. It was also awarded Best Wine List and named one of the Top Ten Restaurants in Houston. In addition to the original Rice Village location, the eatery now has a sister restaurant named Helen in the Heights. Faiola leads both locations as director of operations.

Though he was eager and felt prepared to take on the challenge of running a business at the time, this venture helped him realize how much teamwork factors into success. He also credits professors at UHD for instilling in him values, such as self-worth and the idea that putting one’s name on something means you have to give it your best.

“Charles Smith, a professor of finance at UHD, said that most people are unhappy because they don’t think they deserve to be happy,” said Faiola. “So, he taught us that every day you wake up and look yourself in the mirror and say, ‘I’m perfect the way I am and I deserve to be happy.’ Sometimes, you need things like that.”

Faiola, who is focused on growing the business and his skillset, has a message for those striving to reach their own goals.

“I was a month away from turning 30 when I graduated," he said. "So, don’t panic when you’re 23, 24 or even 37. You should take in as many experiences as you can because life is going to be there when you graduate. Just pursue your passion and the rest will come.”

Faiola’s successful transition from Wharton Junior College to UHD is an example of both institutions’ commitment to the Houston Guided Pathways to Success (Houston GPS) initiative. This multi-institutional partnership fosters collaboration among area colleges and universities with goal of helping students graduate on time with less debt. Additionally, Houston GPS is focused on streamlining the transfer process between local community colleges and universities.