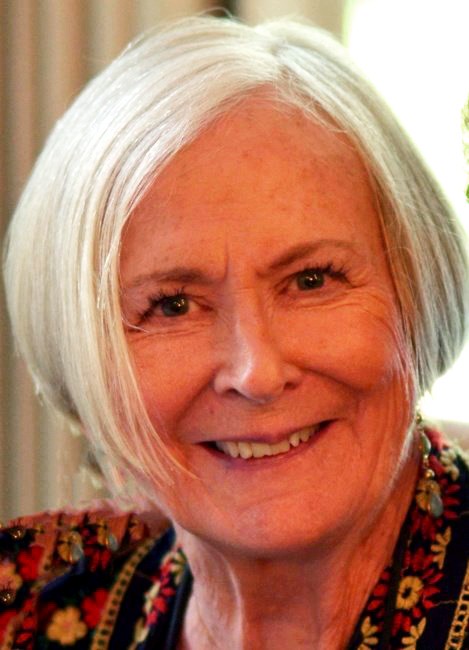 The conversation began in 2019 and officially kicked-off in 2020. In less than a year’s time, the University of Houston-Downtown (UHD) and the Golemon Family came together to honor late UHD Professor Dr. Patricia L. Golemon.

After Golemon’s passing in 2018, her family and friends wanted to honor her teaching legacy with a memorial scholarship. After meeting with UHD — and as the saying goes, ‘great minds think alike’— the Patricia L. Golemon Memorial Scholarship Endowment was created. This permanent endowment will provide a long-term source of income to support UHD students in English or communication studies, thus recognizing Golemon’s legacy as a teacher and advocate for students.

“One of the strongest affirmations the University can receive is when our own faculty or their families make gifts that will support our students and programs in perpetuity,” said Johanna Wolfe, vice president of UHD Advancement & University Relations. “That’s the greatest benefit of this endowment — it will last forever and always recognize Pat Golemon’s love for language and commitment to UHD students.”

It was a well-known fact that Golemon loved books — reading, talking about books and teaching students about literature and writing.

Golemon, along with a fellow student, founded an exclusive book club in 1977, known as The Harpies that began as a small group of women graduate students. The 10-member club continues to this day with one goal of sharing their love of literature now for more than four decades.

“We thought that naming our group after horrible Greek mythology avengers that were half woman and half monsters who fought crimes against women was funny at the time,” said longtime friend Pat Wente, who met Golemon at the University of Houston as an undergrad English major.

Several of the donors to the Endowment are fellow book club members. Wente and Golemon’s husband Peter D. Williamson, Esq. took the lead to establish and determine the Endowment’s criteria and formalized the agreement with UHD. Williamson is a well-known immigration attorney.

Her Story … From Cougar to Gator

Patricia Lynn Golemon was born on May 28, 1944 in Nacogdoches, Texas. She was the oldest to two siblings (sister and brother). According to Golemon’s obituary, her ancestors (Blank and Bennett) were among the Old Three Hundred — the first American settlers granted land by Spain, and led to Texas by Stephen F Austin.

During her teenage years, her family lived in West Texas where she graduated from Cisco High School in 1962. She attended Cisco Junior College where Golemon’s father (Dr. Robert B. Golemon) chaired the music department. Her mother (Catherine Hall Blake Golemon) also was a lifelong educator.In the mid 1960s, Golemon arrived in Houston as a new wife.

literature from the University of Houston (UH). With a successful and varied professional 20-plus-year career — technical and legal writing, marketing, public relations, corporate communications — in her rearview mirror, she returned to UH in 1999 and earned a Ph.D. in English.

She returned to academia in 2000 as assistant professor of English at UHD with the mission of teaching students about communications in and for the real world. Five years later, she was awarded a Fulbright Fellow Scholarship for six months in Tunghai, Taiwan where she taught American literature and business writing to graduate students at Providence University.

Dr. William Gilbert, former UHD associate professor of English, considered Golemon as a longstanding friend and valued colleague. Gilbert served at the University for 40 years as an educator.

“I could go on and on about her,” said Gilbert. “Pat’s straightforwardness and honesty coupled with eagerness made her the best kind of teacher, which let students know they could rely on her. She inspired her students with such confidence in their training and professional preparation that they became her friends.”

Wente spoke at Golemon’s memorial service where she shared what she admired most about her friend was her open-door policy.

“That was the way she gathered people to her and made them become a part of her family. She didn’t suffer fools, but when she decided she loved you, you were family.

“We can miss her all we want, but we wanted to honor her legacy,” added Wente. “She was most passionate about UHD’s non-traditional students and we didn’t want to let that die with her. As a longtime Houstonian, she understood the special mission of the University and the people who could be served by this scholarship.”