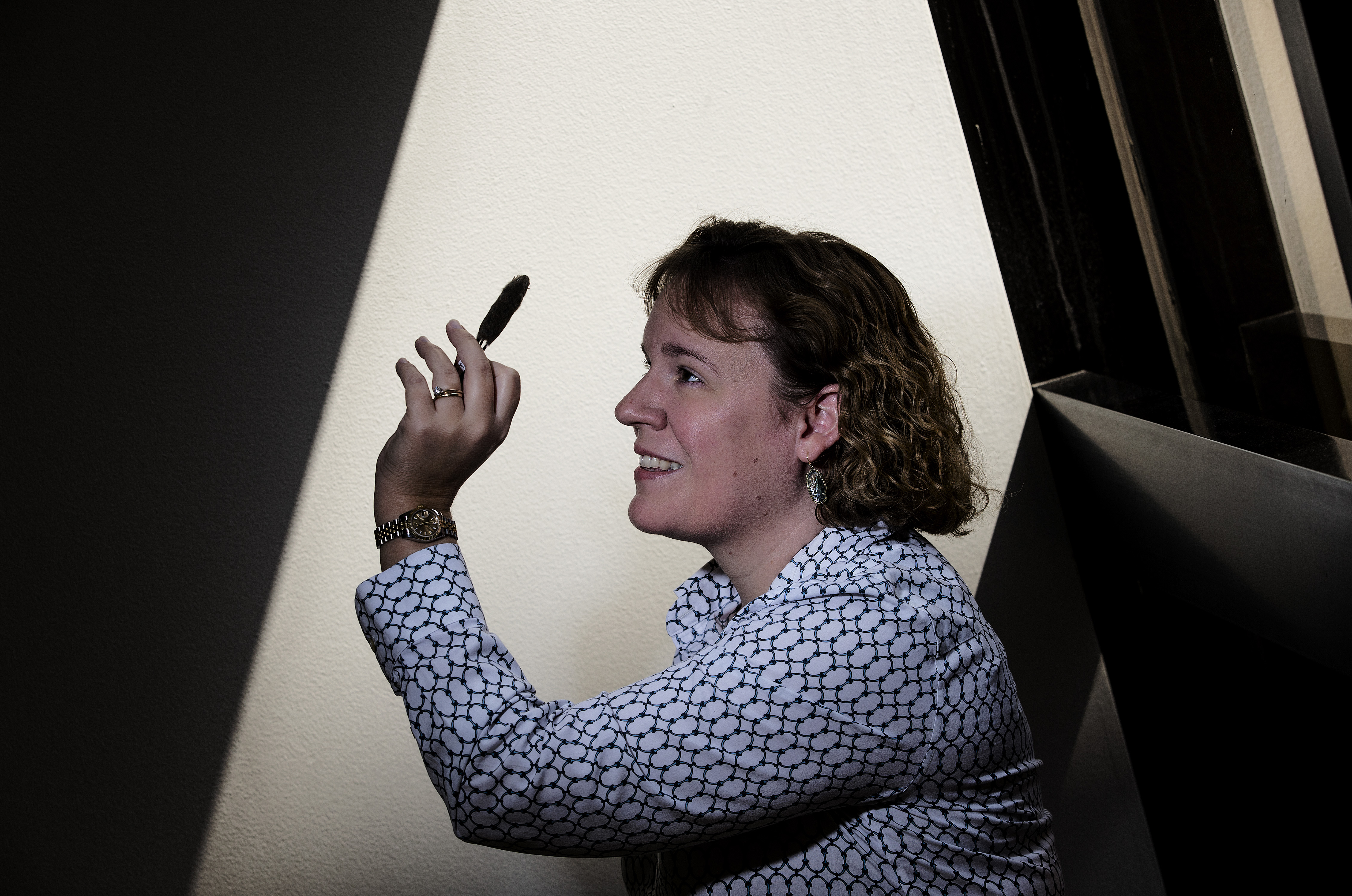 The University of Houston-Downtown is home to the Gators, but recently, the campus became a hub of discovery related to shrews. Although these small, insectivores can be found in Texas, they're not easy to find in Houston and particularly scarce at UHD.

Still, undergraduate students led by Amy Baird, associate professor of biology, helped discover two new species of shrews without leaving campus. These findings recently were documented in the article, "Molecular Systematics and Biodiversity of the Cryptotis Mexicanus Group: Two New Species from Honduras Supported," published in a recent edition of the science journal Systematics and Biodiversity.

"Ultimately, we discovered a few samples that were different than others that had been previously documented," Baird said. "It was obvious that they were two new species of shrew."

Baird admits that shrews aren't in her area of expertise, so she contacted a colleague at another institution who confirmed her students' discovery.

The new species were named Cryptotis mccarthyi (named after shrew expert and scientist Timothy J. McCarthy) and Cryptotis celaque (named for the region in Honduras from where these samples were discovered).

Samples used in identifying these new species were taken from a collection of frozen specimens that Baird received from her biology professor father, John Bickham, who is among the contributing authors to the Systematics and Biodiversity article.

"It was really by chance that we happened upon two previously undiscovered species," Baird said. "I had these samples and nothing had been done with them. I wasn't expecting to make a new discovery, but it happened with the assistance of our students."

Approximately 90 students contributed to this research, including undergraduates in Baird's genetics laboratory and research lab. Among the students in the research lab was Joselyn Valdez, who assisted with sequencing three specific genes and assisted with genetic analysis. Valdez also earned an author credit on the recent paper.

According to Baird, three sections of the genetics laboratory each tested 30 DNA samples to confirm consistent results.

"This project not only yielded a scientific discovery, but it also helped students discover the research process," Baird said. "It presented them with a question that needed to be answered. They also learned that there is a specific path to reach the right answer."

"There are less than 6,000 species of mammals out there, and to discover two new ones is a major accomplishment," she said. "Additionally, this is the only data that is available on shrews for Honduras. No other shrews from that area have been sequenced previously. This provides a whole new set of questions for scientists, including how these shrews and others from surrounding areas evolved and how biodiversity has taken place in this region."