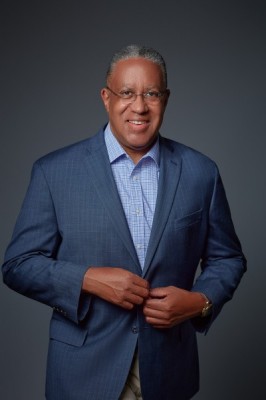 I want to offer my early best wishes to students graduating next month as well as to share details on the University of Houston-Downtown’s 72nd Commencement on Sunday, May 15, at NRG Stadium.

Our ceremonies will take place on a Sunday instead of our traditional Saturday date; however, I know the excitement for the event will be unparalleled. Our graduates will remember this upcoming moment because it serves as the capstone to their academic achievements, and we will welcome two exceptional speakers.

City of Houston Mayor Sylvester Turner will join the 4 p.m. event, spotlighting the achievements of graduates from University College and the Marilyn Davies College of Business. Before his time as Houston’s mayor, Turner spent 27 years in the Texas House of Representatives serving District 139. As a Texas Representative, he worked on the House Appropriations Committee for 21 years and served as Speaker Pro Tempore for three years.

Both Mayor Turner and Senator Whitmire are longtime supporters of the University of Houston-Downtown and advocates for our region. I know both will impart inspirational words of wisdom to the graduates and all attendees.

As the special day draws closer, refer to the Commencement webpage for updates and additional information related to graduation exercises.

I look forward to seeing our students on the commencement stage and the rest of you cheering them on at NRG Stadium on May 15 for UHD’s 72nd Commencement!