The UHD men's basketball club team overcame a sluggish first half to beat Lone Star College-North Harris 50-40 before a near capacity crowd at the UHD Student Life Center Friday night.

The Gators scored a basket in the first minute of the game but then took nearly eight minutes to score another one by Jarvis Hickey. Despite the drought, the Gators only trailed 8-5 just under the 12-minute mark. Miguel Delgado hit an awesome reverse layup along the baseline to cut the Hurricane's lead lead of 18-9 to 21-16. Joshua Jimenez then made a twisting layup to tie up the score at halftime 21-21.

The teams exchanged baskets for the first eight minutes of the second half. Gator Brandon Duswalt hit a free throw for UHD's first lead of the game at 30-29. With the score tied at 32 at the 8:40-mark, the trademark Gator defense put the Hurricanes on edge, forcing three turnovers in a span of one minute to take the lead. The Gators then hit all six of their free throws down the stretch to put the game away.

Duswalt lead all scorers with 11 points, all in the second half. Gator Javon Moses also performed well in the second half, finishing with 10 points matching Hickey's 10. Delgado kept the Gators in the game by playing big inside in the first half and contributing 7 hustle points off of rebounds. Dominick Bess worked hard inside, playing solid defense and grabbing timely rebounds.

The Gators next play Houston Community College-Southwest on Sept.. 27 at the UHD Student Life Center. 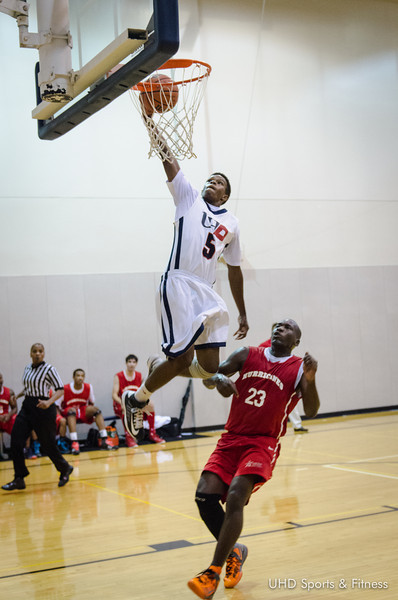 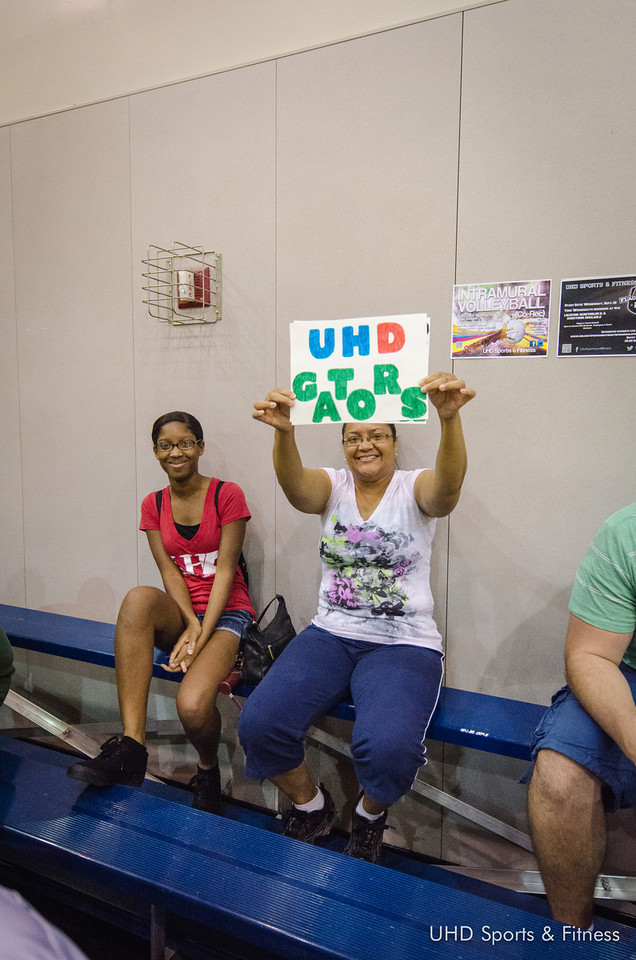