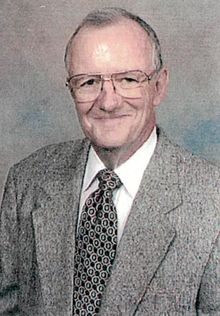 The University community was saddened last week to learn about the loss of retired faculty member Ray Wright, who died on Tuesday, Feb. 10.

Wright taught literature and philosophy at UHD for 32 years. He was named Professor Emeritus of Philosophy, and earned the honor of "teacher of the year" in 2000. In 1985, he spent a year teaching American Literature in Guilin, China. In the twenty years thereafter, he took student groups from UHD to various parts of China for study and adventure before his retirement in 2005.

A service honoring Wright's life and legacy will be held 2 p.m. Saturday, Feb. 28, at Saint Christopher's Episcopal Church, located at 1656 Blalock Road. A reception will follow in Latham Hall.

Wright is survived by his wife Margie, his daughters, and stepsons. In lieu of flowers, his family has asked that donations be made to Alzheimer's Assocation or another charity of choice. Visit Ramsey Funeral for a full obituary.