Memo from Chancellor Khator: 84th Session of the Texas Legislature 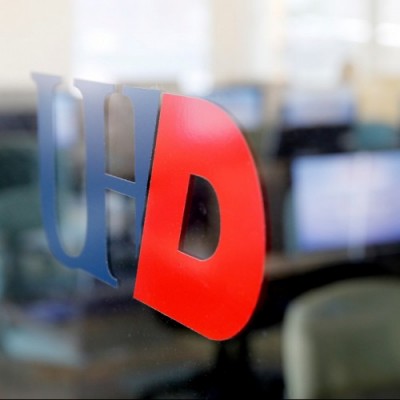 The 84th session of the Texas Legislature has concluded, and thanks to the combined efforts of lawmakers and their staffs, University of Houston System Board, administration, faculty, staff, students and alumni, it has been a productive session for us. I feel that we were heard, and our optimism and hard work have been rewarded. Here is a quick summary of the session as it impacts us.

The bill authorizing $3 billion in bonds for the construction of much-needed buildings at universities throughout the state was approved by both the House and Senate and has been sent to the governor for his approval.

All seven UH System project requests are included in this crucial bill. Specifically:

The state's Higher Education Assistance Fund (HEF), which funds building maintenance and infrastructure improvement, received a 50 percent increase, which goes into effect in FY 2017. Once signed by the governor, this legislation will provide an increase of $26 million every year to our universities in the UH System.

The base funding tied to enrollment is perhaps the most significant source of stable state support for public universities. We are pleased the legislature approved $1.22 per semester credit hour increase in the enrollment-based funding (known as formula funding). Considering the situation in other states, it is welcome news for us in Texas. However, please note two caveats below:

1. Even after this increase, the per credit hour funding for Texas public universities is still $6.11 lower than in FY 2011, which means our internal efforts to maximize efficiencies and minimize the cost of instruction must continue.

2. There are several legislatively mandated tuition waivers (including the much debated Hazlewood Act) that we must honor. These are likely to grow in the future, which will demand pragmatic economic policies on our part to meet these obligations.

• The University of Houston has received a $4 million special item appropriation for its Hobby School of Public Affairs.

• UHV's "downward expansion" funding was funded during the last session. The same level of financial support will continue for UHV.

• Both UH-Clear Lake and UH-Victoria were given the right, with approval of the Board of Regents, to allow their students to impose fees on themselves to construct new campus facilities - a Student Center at UHV and a Recreation and Wellness Center at UHCL. These bills are both currently awaiting the governor's signature.

At the governor's request, the legislature created the new University Research Initiative, which will provide matching funds to recruit the top research professors (Nobel Laureates, members of the National Academy of Sciences and Engineering, the Institute of Medicine and their equivalents) to our state universities. This should be of particular benefit to UH, where such efforts have already been underway.

In one of the more intensely debated issues, the lawmakers passed "campus carry" legislation, permitting licensed gun owners, who are at least 21 years of age, to carry concealed handguns at state universities, subject to certain exemptions, beginning August 2016. Though the governor has not yet signed this legislation, it is expected he will. This will impact all our UH System components. It is important to note that state university presidents are allowed to establish reasonable rules, regulations or other provisions regarding this law, including designating areas where handguns may not be carried on campus. We have already begun System-wide discussions to develop policies ensuring the safety of our campus communities. During the summer and into the 2015-16 academic years, we will form work groups at each UH System university, soliciting input from students, faculty and staff. The final policies will be presented to the Board of Regents for approval. Today, there are eight states with some version of campus carry (Arkansas, Colorado, Idaho, Kansas, Mississippi, Oregon, Utah and Wisconsin), and we will look at their best practices as we implement the law. UH System Presidents Flores, Morgan, Staples and I are committed to addressing this significant new law in a thoughtful and carefully considered manner.

Several bills passed during this legislative session call for increased communication, accountability and reporting. These include information on sexual assaults, disability and mental health. Your campus administrators will implement these fully and will keep you informed as needed.

While the UH System is blessed to have many graduates in the Texas Legislature, we also enjoyed the support of other legislators who are passionate about higher education and who value the role that our universities play in their communities and our state. Without their leadership, this session could not have been as successful. I would like to acknowledge the relentless leadership of our Regents and the hard work of our staff in Governmental Relations. Our students were articulate and passionate at the Capitol, and our alumni were forceful in their support. Many of you - faculty and staff - assisted our efforts, directly and indirectly, and I thank you immensely.

Now that the state of Texas has stepped up and made its commitment to higher education, we must respond by being prudent and effective stewards of this generous support. I look forward to working with each of you to make sure we put these public funds to the best use possible.

For detailed information about UHS and the legislative session, please see this report from Vice Chancellor for Governmental and Community Relations Jason Smith, who deserves recognition for overseeing these successful efforts.

Memo from Chancellor Khator: 84th Session of the Texas Legislature