Graduating students in the Master of Business Administration (MBA) program jumped into the "shark tank" at the Startup Idea Competition, held Dec. 2. As the culmination of the MBA capstone course, students generated an idea for a new business, performed a market analysis, and developed a business plan. Each contestant was responsible for ascertaining the financial feasibility and proposing viable implementation strategies.

In a contest environment modeled after after the TV show "Shark Tank," contestants pitched their startup venture plans to a panel of entrepreneurs who then gauged the potential for each startup.

The event is one of two College of Business events commemorating the University's 40th anniversary. UHD president William Flores delivered opening remarks about the University's history and the MBA program's part in UHD's continued success.

The Dec. 2014 graduating class is the third cohort to participate in the startup competition, which faculty say has become more competitive each semester. Meg Pohodich, a December 2014 MBA graduate, said of the competition, "Although that business pitch caused me to lose a lot of sleep, it was such an incredible experience."

The winning team will be announced on commencement day at a breakfast hosted by the College of Business. 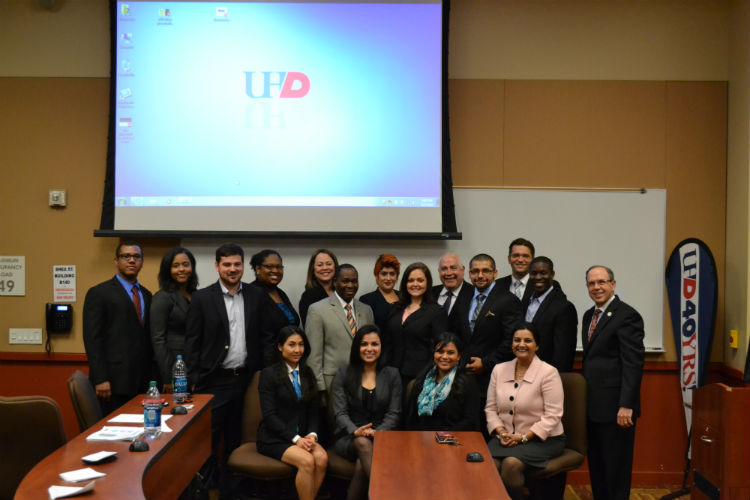