This Sunday, Manuel Rojas, 27, will participate in a commencement ceremony for UHD as one of the University's first MBA graduates - and as a "father" figure and role model for his five siblings, whom he encouraged to follow in his footsteps to earn a college degree.

Hailing from an underprivileged Hispanic family with parents who accrued a fifth-grade education in Mexico, Rojas lacked the example of a successful, collegiate mentor to show him the way. At the age of 13, Rojas took time out from school to attend his older brother's sentencing at the county jail. While his sibling, Angel, faced a 20-year sentence for a crime he committed, Rojas faced a daunting hurdle of his own - becoming a role model for his five siblings while still in middle school.

From that point forward, Rojas knew that something had to change in his family and he sought a different future for himself and his younger brothers and sisters. "My mother was wise enough to understand that education opens doors, and she made it clear to me that I was going to be her first child to attend college," he said. Still, he notes, "I didn't even know what a GPA was my sophomore year of high school so the simple idea of enrolling in college was pretty frightening. Nevertheless, at the encouragement of my mother, I decided to turn away from training to become a welder and seek higher education, instead."

Rojas went on to become an honors graduate of UHD in 2008 with a bachelor's degree in business finance. After working for four years as a financial analyst at the Houston Hispanic Chamber of Commerce, he realized that pursuing an advanced degree would benefit his siblings as much as himself. "I had become my siblings' role model," he said. "While encouraging them is a privilege, it is also a great responsibility and one that I don't take lightly." He joined UHD's initial MBA class in January 2012 and has never looked back.

Since he took that step, the accomplishments of his brothers and sisters are as inspiring as Rojas' own. His younger brother, Ilian - who once experienced significant academic and behavioral problems while in high school - now is the co-captain of UHD's nationally recognized powerlifting team, while seeking a double major in applied mathematics and statistics, along with a certification to teach. His younger sister recently made a presentation to faculty and students at Rice University and received a full scholarship from the National Security Language Initiative for Youth to study Mandarin in China last summer.

"My education has truly changed my life and my siblings' lives in the process," said Rojas. "Specifically, the MBA program at UHD has shown me how to be a better leader, both in business and in life. It is a very rewarding feeling to know that - through my own studies and perseverance - I've helped to raise the bar for success and professional achievement in my family." 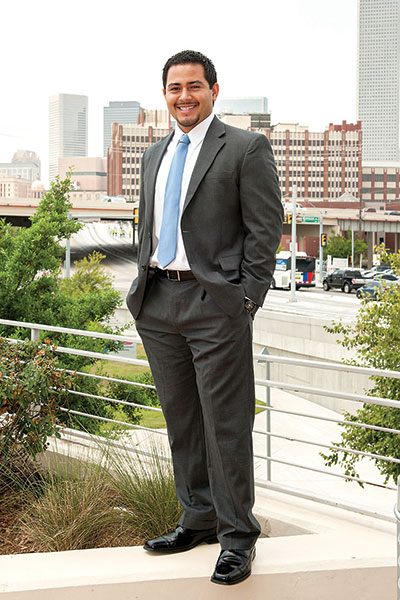 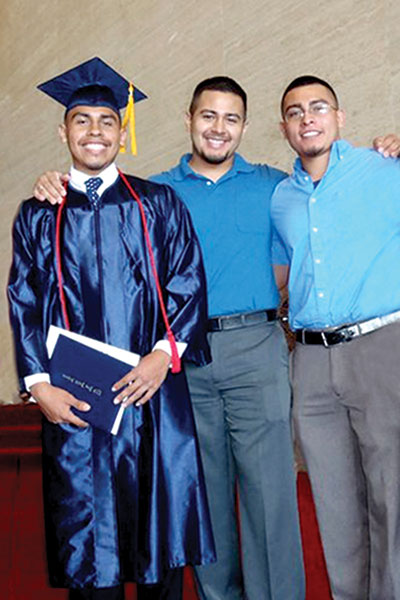