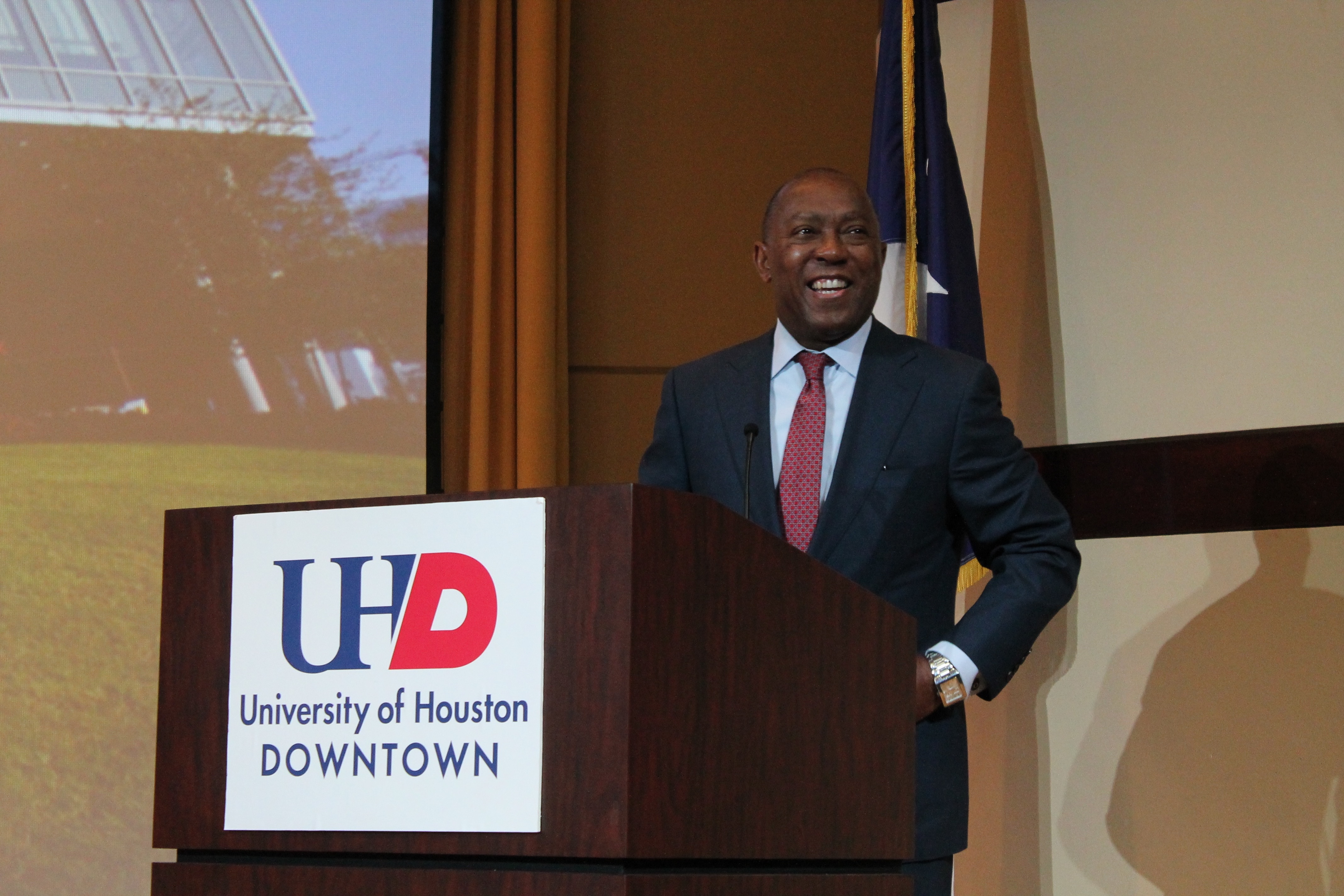 The best social workers combine compassion with critical thinking skills. They're able to empathize with community members while developing smart solutions to issues affecting citizens. It takes a sharp mind and a generous spirit—just two of the attributes describing this year's University of Houston-Downtown Bachelor of Social Work Person of the Year.

Houston Mayor Sylvester Turner will be honored by UHD's Bachelor of Social Work (BSW) program in the College of Public Service at 5:30 p.m. on Jan. 25 in Room C100 of the University's Commerce Street Building (Commerce Street and Main Street).

"I am honored to be receiving this award, but believe the credit for what is happening in Houston goes to its residents," Turner said. "We are not like other cities and that is because of our diversity. We welcome you no matter where you come from, we respect our differences and we work together. Houston reflects what the rest of the nation will be in years to come."

"We're honored to add Mayor Sylvester Turner to this list as our 2016 awardee. In the past few years of political division and turmoil, Mayor Sylvester Turner has provided an antidote," said Dawn McCarty, UHD associate professor of social work and BSW program director. "In the first year as our municipal leader, Mayor Turner helped to position our city as both inclusive and welcoming to all people of good will, regardless of our differences. As social workers, we work for equality, and having a Mayor that stands up for everyone, and works for everyone makes us proud to be Houstonians."

Two additional finalists will be recognized at this year's event for UHD BSW Person of the Year include Alan Detlaff, dean of the University of Houston's Graduate College of Social Work; and KHOU Ch. 11 anchor Mia Gradney.

UHD's BSW program prepares students for professional careers as social workers through classroom and field-based curriculum. Students learn to serve different populations (adolescents, the elderly, families and others) while refining their research skills. Likewise, BSW students gain an understanding of contemporary urban and social issues affecting communities in Houston and across the nation.