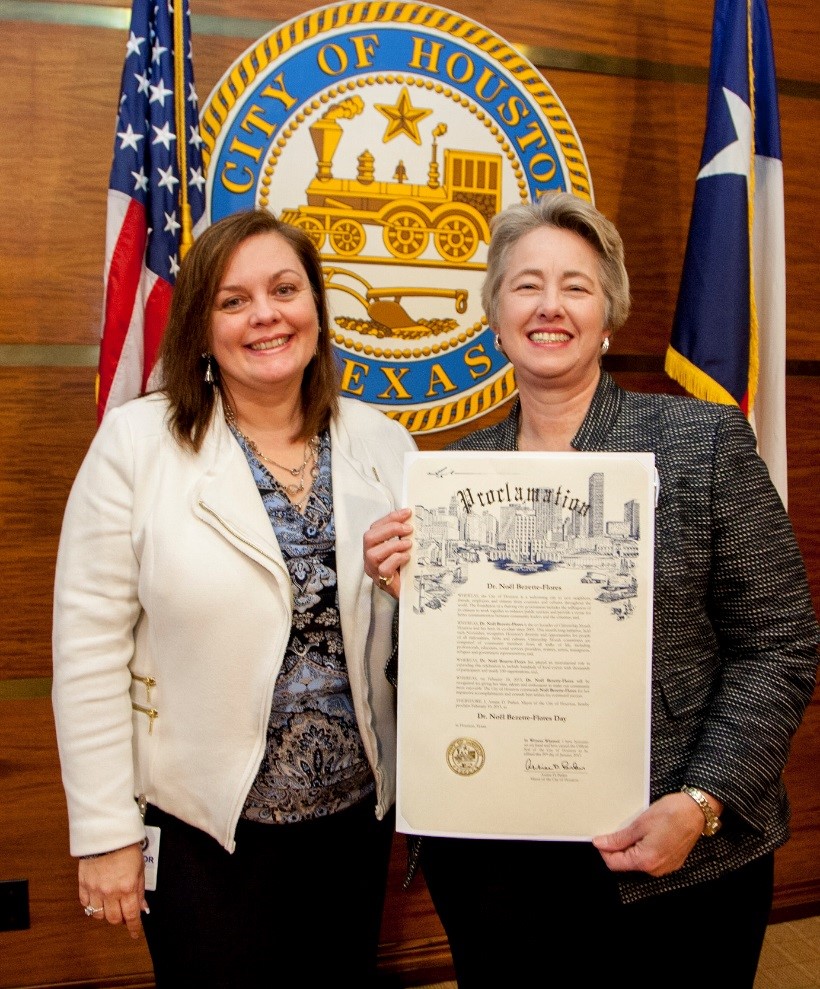 Dr. Noël Bezette-Flores was honored Tuesday with a proclamation from Houston Mayor Annise Parker, who proclaimed the date Feb. 10, 2015 as "Dr. Noël Bezette-Flores Day." The distinction acknowledged Bezette-Flores' dedication to improving the city's public services and providing venues for better communication between community leaders and citizens. Mayor Parker commended Bezette-Flores for her more than a decade of leadership, service, research and community building, noting, "Your service to this great city has made Houston a better place- one that we are all proud to be a part of."

Bezette-Flores is the co-founder and co-chair of Citizenship Month Houston, a month-long initiative, held each November, which recognizes Houston's diversity and opportunities for people of all backgrounds. She has played a key role in expanding the celebration since its origination in 2009; the month now includes hundreds of local events with thousands of attendees and volunteers. The University of Houston-Downtown is a major sponsor of Citizenship Month, hosting annual performance arts programs, exhibits, community forums, and a culinary tour of downtown establishments called "Rails to Restaurants."

Bezette-Flores is the first lady of UHD and, until recently, served as executive director of the Center for Public Service and Family Strengths. She continues to serve on city boards and commissions, including her role as Vice Chair of the Board of Directors of Houston Media Source and on the Committee for the Office of International Communities.