According to a recent article in the Journal of Psychosocial Oncology, “it’s time to reconsider the term ‘cancer survivor.’”

The article, “Is It Time to Reconsider the Term 'Cancer Survivor'?” co-authored by the University of Houston-Downtown's (UHD) Dr. Scott Davis, explores a controversial branding/labeling issue in healthcare services and marketing. Dr. Leonard Berry at Texas A&M University was the lead author on the paper. Berry and Davis also partnered with Dr. Andrea Godfrey Flynn at the University of San Diego and two oncologists, Dr. Jeffrey Landercasper at Gundersen Health System and Dr. Katie Deming at Kaiser Permanente Northwest.

On February 4, the authors published the article, "People Diagnosed With Cancer Often Don't Embrace the Term 'Survivor,'" in The Conversation on World Cancer Day. 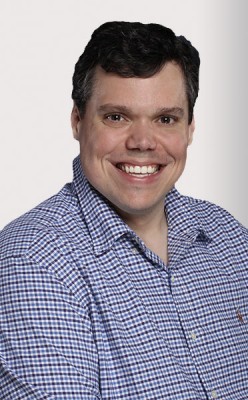 UHD News asked Davis, assistant professor of marketing in the Marilyn Davis College of Business, to delve deeper on this research topic.

UHD News: Why is this topic important to the more than 14 million people with cancer?

Davis: The term "cancer survivor" is a common and convenient way to describe people who have been diagnosed with cancer. A very large and diverse population shares this single term. We aimed to study interpretations of "cancer survivor" by individuals diagnosed with breast cancer. Prior research drew mixed conclusions on sentiment toward the phrase. The topic is important because it reveals the problematic usage of a term by oncology practices, cancer organizations, and the media that causes emotional discomfort for many people that it is intended to describe.

UHD News: What were some resounding takeaways from the research that was conducted?

Davis: Approximately 60 percent of the respondents to our study had a negative impression of the term “cancer survivor.” Cancer is a life-changing illness and the term "cancer survivor" does not seem to adequately describe the complex and highly emotional journey for many people diagnosed with cancer. The most common themes we uncovered were that the term "disregards my fear of recurrence" and "doesn’t reflect my unique experiences.

UHD News: Was there anything from the research that was surprising to you?

Davis: In addition to the frequency of negative comments, I was surprised by recurring themes in the open-ended responses to the term “cancer survivor." For example, "I don’t deserve to carry the title proudly because I didn’t ‘suffer enough to earn it." and '"I feel like I’m tempting fate when I say I’ve survived it." Our findings support reconsideration of the term, "cancer survivor," as a blanket term to describe people diagnosed with cancer.”