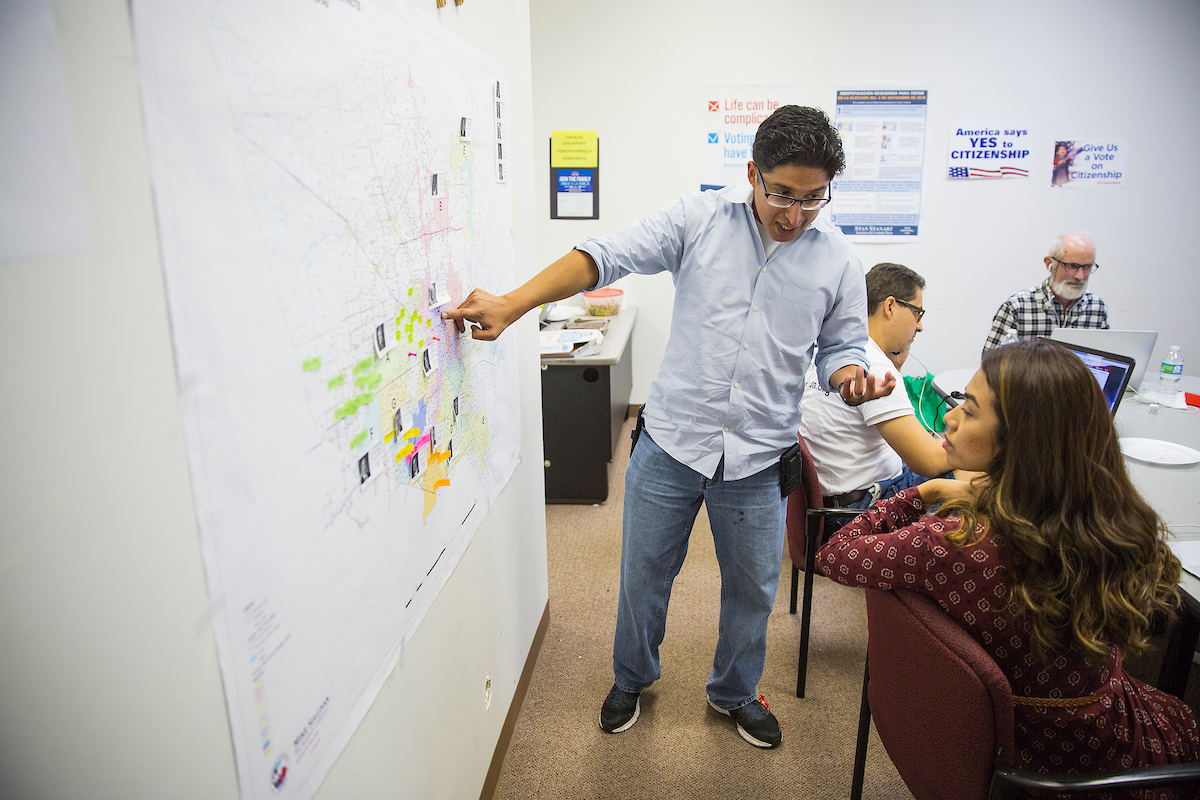 Mario Salinas is dedicated to empowering millennials through civic engagement. Although he speaks with a stutter, a condition caused by complications at birth, it doesn't stop him from successfully demonstrating commitment to community development and youth empowerment.

"I was inspired to get into the field of community empowerment because as a fourth-generation Houstonian, I, along with my friends and family, have lived within the realities of huge inequities that exist within the Houston area," says Salinas. "Some have been able to transcend those realities, some have not. Through civic engagement, I want to give young adults the tools to empower themselves and their community."

As a former deputy director for Mi Familia Vota Texas, in every election cycle, Salinas, traveled to area high schools and universities encouraging young voter registration. In 2016, he held countless non-partisan voter registration drives at several schools within the Houston Independent School District, the largest public school system in Texas with a population of 62 percent Hispanic.

Salinas, the first in his family to earn a college degree, graduated from the University of Houston-Downtown with a Bachelor of Science in Interdisciplinary Studies in 2008. He directly credits UHD for his professional success, a solid academic foundation and great mentorship.

"UHD was the springboard that got me into this kind of work," says Salinas. "It was the guidance and one-on-one attention from professors like Adolfo Santos, Anne Kane and Gene Preuss that led me to become a City Hall Fellow, which in turn, led me to become involved in civic engagement on a professional level. To prospective students considering UHD, if you're looking for a diverse student body and individual attention from your professors, UHD is the university for you. "