Featured in the Summer 2012 issue of UHD Magazine. 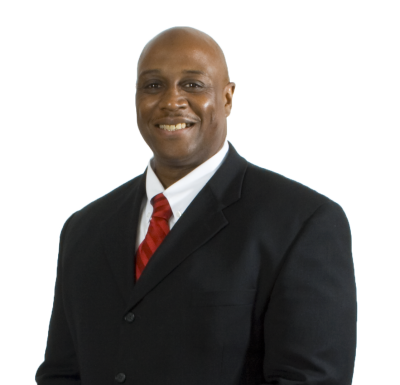 Lofton Harrison left college behind nearly 30 years ago to care for his growing family. He began working with the Harris County Sheriff's Office in 1988, where today he is a Lieutenant with the department and an instructor at the HCSO Academy.

When a colleague suggested Harrison return to college, he started part time at a community college. He later transferred to UHD and dove into the criminal justice curriculum. "I've learned so much," Harrison said. "It all carries over to the real criminal justice field and makes it so much easier to do my job."

While at UHD, Harrison found his studies to be relevant and his professors to be understanding, with real-world knowledge of their subjects. Several of his instructors worked with Harrison at the Harris County Sheriff's Office.

"I've broadened my horizons and really achieved something that enhances my knowledge of the world and ensure my continued professional success," he said. "I'm going to continue taking classes because I want to keep learning and growing. Opportunities never stop and I want to be prepared."

In 2011, Harrison completed a Bachelor of Science in Criminal Justice form UHD. He dedicated many hours and much hard work to earning his degree, but he said he couldn't have succeeded without the support of his wife of 24 years, Ola, and his three children, Cortney, Pierre and Jasmine. He is so passionate about education that he is also encouraging his son to return to college and complete a degree.