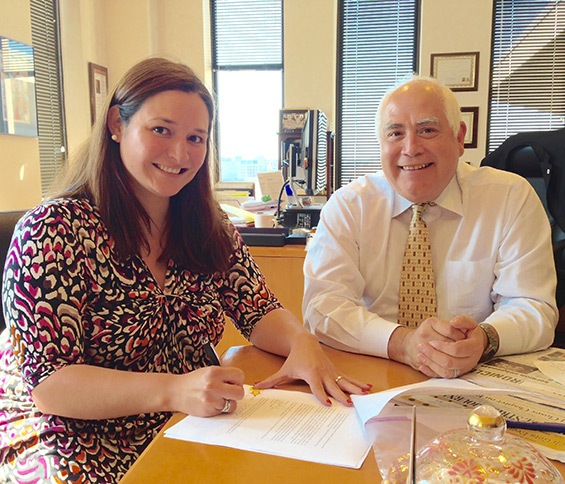 The Office of the President announced Monday that Liza Alonzo has accepted a new position at the University of Houston-Downtown (UHD) as Executive Director of Presidential Affairs and Operations.

In this role, Alonzo will oversee special projects and operations of the President's Office, including budgets and contracts, and will serve as a liaison with other University offices and the external community. She also will continue to manage the University's fall 2014 commencement.

Alonzo graduated from UHD in 2002 and the following year began working at the University as Coordinator of Orientation. She later served as Assistant Director of Campus Information and Orientation, Associate Director for Community Involvement, and most recently as Assistant Dean of Students.

She serves as a Co-Principal Investigator (Co-PI) of the University's $3.2 million Title V Hispanic Serving Institution grant and The Big Read grant from the National Endowment for the Arts. During her tenure at UHD, she has forged important partnerships with the community and assisted in the development of UHD's Community Involvement Center.

Alonzo has a master's degree in higher education administration from the University of Houston and is completing a doctorate in the same field at Texas Tech.