Discovery Green is pleased to announce the return of the popular Discovery Green Thursday Concert Series with title sponsor University of Houston-Downtown (UHD). An incredible lineup is slated to take the Anheuser-Busch stage at Discovery Green during May and June. Beloved by many Houstonians, these concerts will feature music from Texas blues to Latin rock, and honky tonk to funky soul.

"The UHD Thursday Concert Series has provided a valuable benefit to the greater Houston community. We are pleased, once again, to partner with Discovery Green for this family-friendly event, which has become a source of pride for UHD - students, alumni, faculty and staff," said William Flores, president of UHD.

Awarded "Best Concert Series" by the Houston Press, the free, family-friendly concerts begin May 8 and run Thursdays at 6:30 p.m. through June 26. Bring family, co-workers and friends to dance, sing and relax on the hill to tunes from some of the Gulf Coast's most dynamic bands.

Blankets, lawn chairs and picnics are welcome, but glass containers and outside alcoholic beverages are not permitted. Concessions are available for purchase at The Lake House which provides fast casual food and beverages. A special Lake House tent will be set up to sell fresh grilled tacos, corn and other tasty bites!

May 8* - Bill Kirchen & Too Much FUN / Opening Act: The Hollisters

Bill Kirchen's signature twang is the foundation of the top ten hit Hot Rod Lincoln by Commander Cody. Nick Lowe, Elvis Costello, and Doug Sahm are just a few of the legends that have featured his dynamic guitar playing in their music.

Chuck Mead is a rambunctious front man, a founding member of BR549, and musical director for the hit theater production Million Dollar Quartet, a musical about Elvis Presley, Johnny Cash, Carl Perkins, and Jerry Lee Lewis at the famed Sun Studios. He's toured recently with Old Crow Medicine Show, Loretta Lynn, and Todd Snider, and performed on the opening show of the 2013 A Prairie Home Companion.

Quiet Company is a Texas pop band that started in 2005 and won a record breaking 10 Austin Music Awards in 2012. Dynamic shows, constant touring, savvy promotions, and great tunes have built their audience beyond the Texas borders. The band was featured on NPR's All Things Considered in December of 2013.

Finnegan is a family band based in Houston featuring stellar harmonies and an orchestral indie rock feel. After a brief hiatus, the band returned to the scene and is set to release a new CD of original tunes in 2014.

Joe's son, Ady, carries on the family tradition with his own powerful mix of Latin, soul, funk, and rock grooves with his band, DaHeBeGeBees!

Corey Ledet is a native Houstonian who started playing Zydeco at the age of 10. His obsession with the accordion led him to study the masters such as Clifton Chenier, Boozo Chavis, John Delafose, and Rockin' Dopsie. He received a Grammy nomination in 2013, and has performed Zydeco music in Moscow, Paris, Germany, and all over the United States. Corey's versatile sound enables him to energize any audience.

The Zydeco Dots kick off the night of pure Houston fun!

A wickedly original party band, SKYROCKET! brings everyone to their feet with a relentless and wildly entertaining soundtrack of disco, glam rock, soft work, and soul one-hit wonders. This talented group of musicians including Houston's own Trish and Darin Murphy and Johnny Goudie, put the power in the pop of Top 40 radio classics.

Food and beverages for UHD alumni!

Houston's own Archie Bell and the Drells hit the #1 spot on both the pop and R&B charts in 1968 while teaching the world how to Tighten Up. He calls Houston home as he travels the world performing at club shows and festivals, our city's ambassador for hip-shaking, hand-clapping, head-bobbing funk and solid-gold soul.

Beaumont native Barbara Lynn stormed onto the charts in 1962 with her signature hit, You'll Lose a Good Thing! The Rolling Stones were so impressed with Barbara Lynn that they recorded her follow up hit, Oh Baby (We Got a Good Thing Going) in 1965. With constant touring and festival performance Barbara continues to delight audiences with her singing and funky guitar playing. Lil' Wayne proved that great songs last forever by sampling Barbara's classic composition I'm a Good Woman!

Larry Lange kicks off the show with a set of swamp pop classics and backs up Barbara and Archie for the night! Larry Lange stepped out to front his own band, The Lonely Knights, in 2006 after a career backing legends such as Delbert McClinton, Doug Sahm, Stevie Ray Vaughan, and more great artists to celebrate the great songs popularized on the Old Highway 90 circuit.

For more information on the 2014 Spring Programming Season at Discovery Green, sign up for the Discovery Green weekly e-blasts at discoverygreen.com. 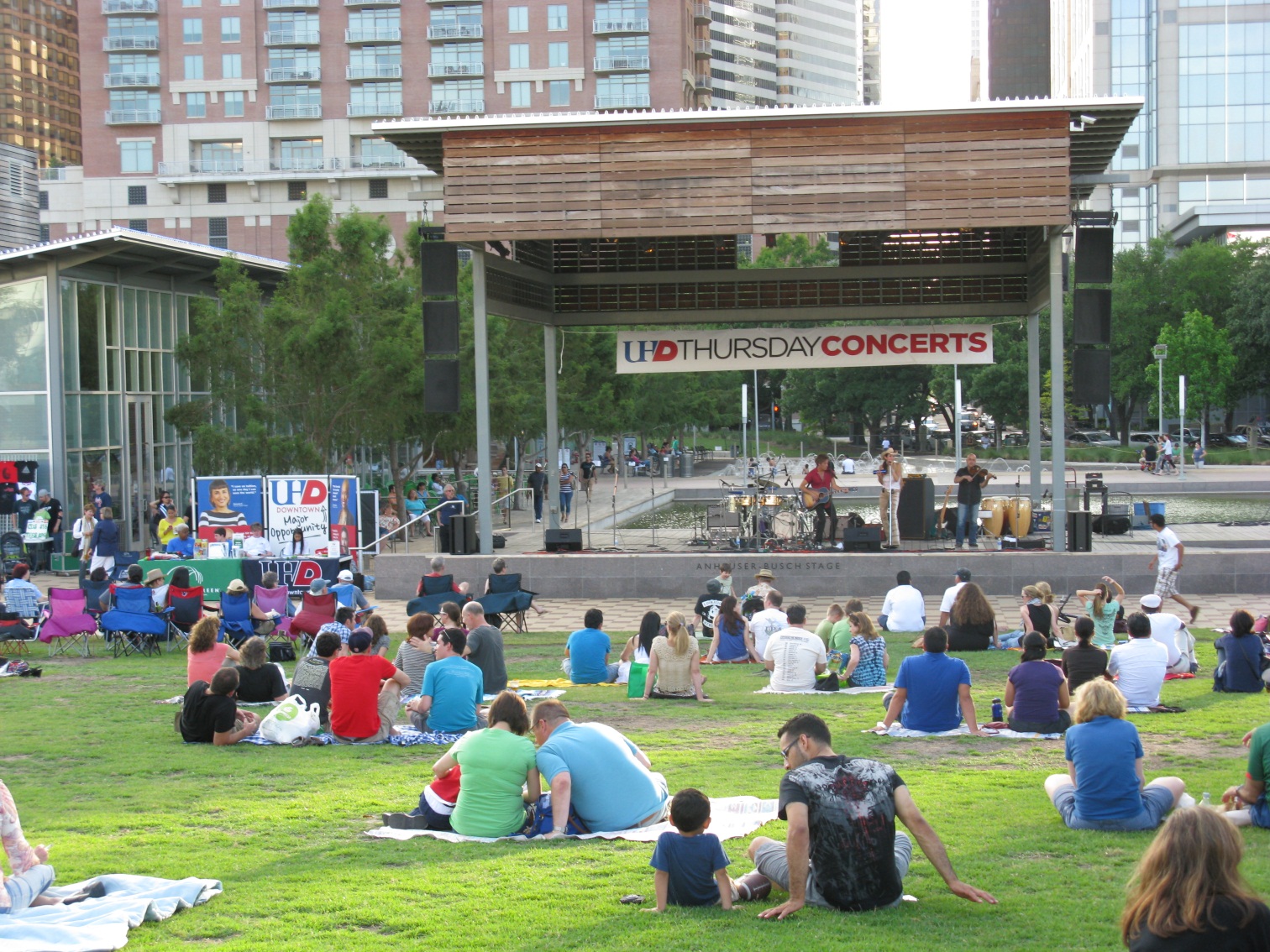