As part of Dr. Anand Pore’s MBA 6216: Capstone Project B course this summer, students participated in The Business Strategy Game (BSG), which resulted in seven UHD teams placing in the global 100.

Per the BSG website, over the last 12 months, BSG has been used by 50,313 students in 2,752 classes/sections at 509 colleges/universities in 52 different countries.

According to Pore, almost every semester one or two UHD teams have performed in the Global top 100 and for seven out of the last nine semesters one of the teams was tied for the first place globally. 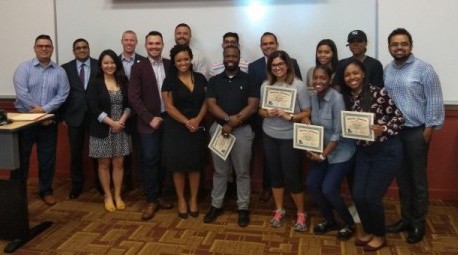 Across the globe, BSG is an online simulated exercise where university students compete in operating an athletic footwear company that produces and markets both branded and private-label footwear. The companies compete in a global market arena, operating in four geographic regions—Europe-Africa, North America, Asia-Pacific, and Latin America.

The co-managers (students are referred to as co-managers, as they are jointly managing the company) of each company are responsible for assessing market conditions, determining how to respond to the actions of competitors, forging a long-term direction and strategy for their company, forecasting upcoming sales volumes, and making decisions relating to plant operations, capacity expansion, distribution center operations and inventory management, pricing and marketing, finance, and corporate social responsibility/citizenship. Company co-managers are held fully accountable for their decisions and their company’s performance, they are strongly motivated to dig deeper into company operations, probe for ways to be more cost-efficient and competitive, and ferret out strategic moves and decisions calculated to boost company performance. It doesn’t take long for company co-managers to become emotionally invested in figuring out what strategic moves to make to out-compete rivals.

“Such diligent and purposeful actions on the part of company co-managers translate into an engaging learning experience with strong retention of the lessons learned and higher achievement of course learning objectives,” said Pore, assistant professor of management and insurance risk management. 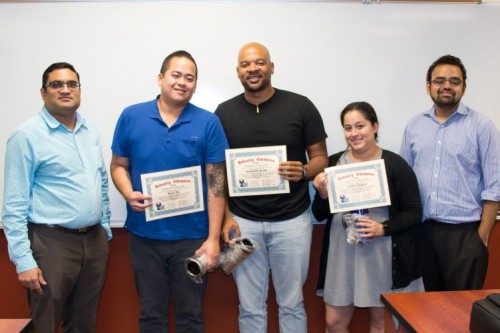 The Results Are In

During the summer 2019 semester, seven teams from UHD were tied for the number one sport in the world and in the global top 100.

Two Teams Tied for Number One in the World

Five Teams in the Global 100