On Nov. 11, 2022, Latinas (and a few others) descended on Main Street, with and without heels, to “take over” for the Power on Heels 4th Annual Conference & Scholarship Awards. 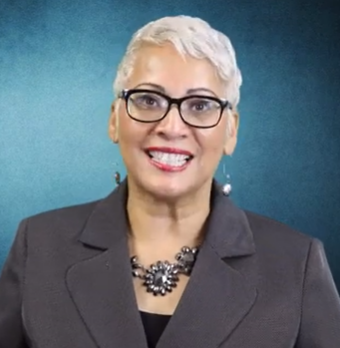 POH hopes to change this dramatic disparity through specialized programs, mentorships, and—importantly, for UHD students—scholarships. (Last July, the Marilyn Davies College of Business [MDCOB] hosted POH for their first leadership program. Read the story online.) “Since 2018, we have made the commitment to enhance every Latina’s ability to lead at a higher level, to create meaningful connections with others, and to master their financial future,” said Mayo.

Partnering with local businesses and institutions like UHD, POH was able to award 15 scholarships to undergraduate and graduate Latinas from across Houston. Three MDCOB students—MBA candidate Irene Nuñez, Marketing senior Alejandra Perez, and International Business senior Anayansi Rendon—each received a $1,000 scholarship to support their educational journeys. (Watch their stories below.) 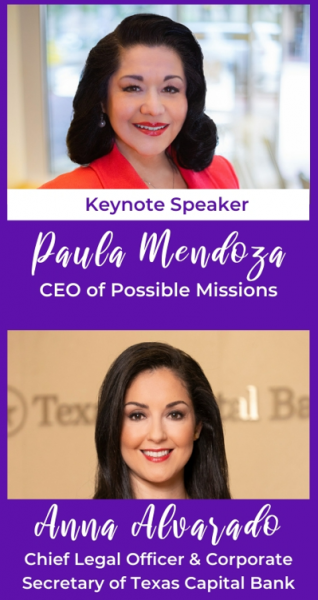 Mendoza’s career journey serves as a model for young Latinas on a leadership path. She offered words of wisdom from her own experience as a Latina businesswoman to inspire the audience to pursue their goals regardless of hardships and barriers. Her best piece of advice for the audience: “Don't give up on yourself. Don’t do it.” Alvarado agreed and added her own twist: “Act as if. In any situation, act as if you’ve been there. Act as if you belong. Because you do.”

Community awards were given for a variety of Latina supporters, including UHD’s very own Christine Poleski, J.D., Assistant Dean at MDCOB, who took home the Power Supporter Community Award. 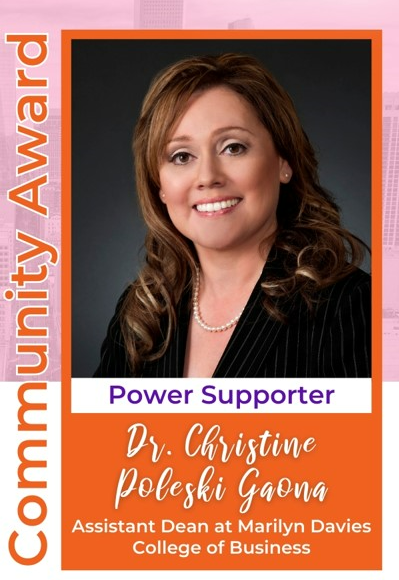 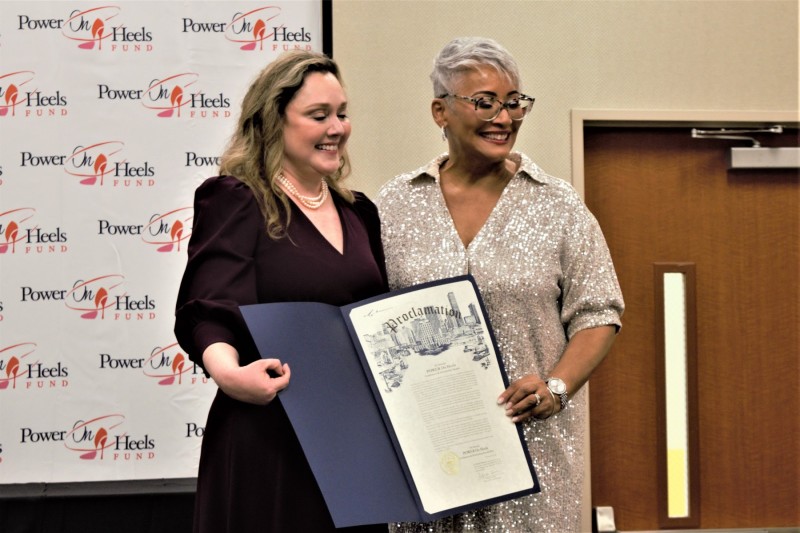 The event highlighted the value of community partnerships for UHD students. Raising awareness of UHD and showcasing the quality of UHD students to local enterprises are just two ways the event supports the University. Students’ exposure to potential employers can play a key role  in garnering future internships and job interviews.

To learn more about Power on Heels and related events, visit poweronheelsfund.org.