As previously reported by Skyline, UH System Chancellor Khator was nominated for a Light of India Award, Education Division, given by the Times of India.

The award presentation was held in New York on June 1 and not only did Khator receive the Light of India's "Jury Vote", but she also received over 50,000 votes to win the coveted "People's Choice Award" as the 2012 Light of India Awardee in Education.

Chancellor Khator has asked that her heartfelt appreciation be conveyed for those that took the time to vote. She said it was humbling to win the Jury Award, but she was absolutely in awe and beyond humbled when the popular choice award was announced! She was inspired just to be in New York with the other nominees, including highly accomplished Indian American personalities in literature, corporate leadership and education. It was the experience of a lifetime! 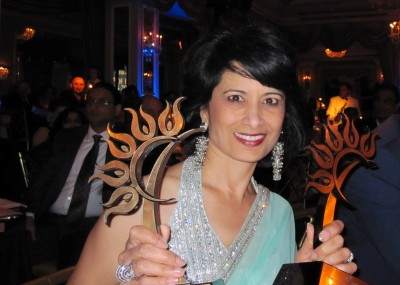