This get-out-the-vote event aims to mobilize the Latino, Hispanic and Indigenous communities; empower more women to go to the polls, and encourage a general interest in civic engagement among all Houstonians.

Born in New Mexico, Huerta is an internationally renowned activist who is best known for cofounding the National Farm Workers Association (NFWA) with Cesar Chavez. The NFWA became United Farm Workers, a labor union formed to improve the working conditions and wages of American agricultural workers.

The event is free and open to the public. Visit Eventbrite to register and for times and location information. 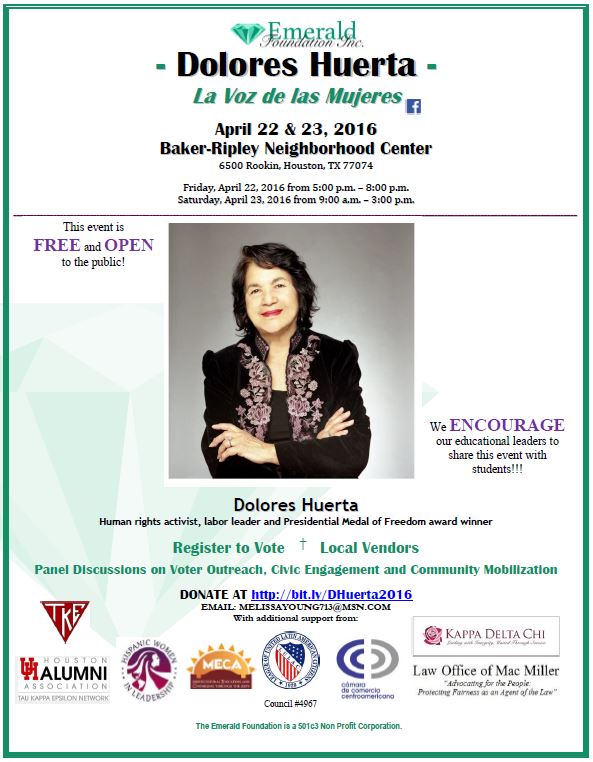