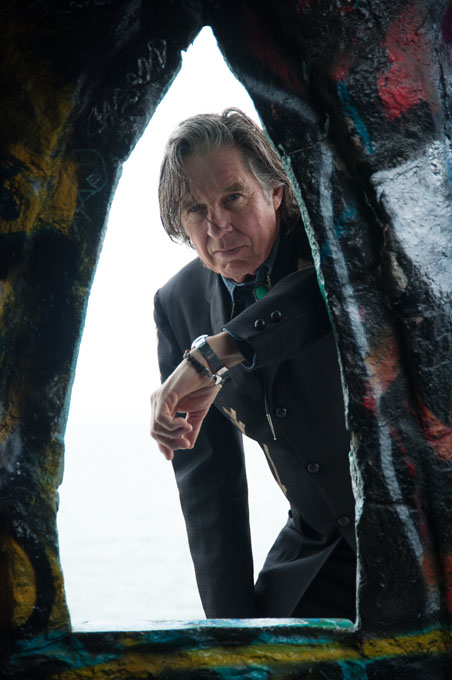 Before MTV, iTunes or YouTube, music fans tuned in each week to experience new music on "American Bandstand." The weekly televised dance show featured the biggest acts from the 1950s through the 1980s. Among them was John Doe and his band X.

"It was great," Doe said from his home in Austin. "Being on the show was an honor because everyone in the band grew up watching Dick Clark and 'American Bandstand.' It was a very big deal."

Fast forward nearly 40 years and Doe is still headlining concerts across the country, both as a solo artist and with his longtime collaborators in X. This week, Houstonians will have the opportunity to experience his solo act as part of the University of Houston-Downtown's Thursday Night Concert Series at Discovery Green. The music starts at 7 p.m., June 14 with opening band VODI followed by Doe.

Doe said he'll play a mix of solo material interspersed with selections from his work with legendary Los Angeles punk unit, X. Performing alongside him are bassist Kevin Smith (who also plays with Willie Nelson) and drummer Stuart Johnson.

His career launched in the late 1970s with formation of X, which fused punk rock attitude with poetic lyricism and a nod to roots rock. The resulting sound was quite distinct from the band's contemporaries. Over time, X began to incorporate folk and country into its songs. The group's musical evolution paved the way for Doe's side project The Knitters (formed with other X members) and his solo career.

As a solo artist, Doe has released a dozen albums, including his recent effort 2016's "The Westerner." The record showcases Doe's storytelling skills and emotive vocals that straddle genres like gospel, folk, country and rock.

In addition to music career, Doe has more than 70 acting credits under his belt, including roles in the action classic "Road House" (opposite former Houstonian Patrick Swayze) and "Great Balls of Fire" (starring with another Houston-born actor, Dennis Quaid).

UHD News interviewed the veteran entertainer, who recollected memories of past Houston performances.

UHD News: You're returning to Houston on Thursday. Do you have any fond memories of performing in our city?

John Doe: Oh yeah. Fitzgeralds was always a highlight for X during those early tours. Early on, we did one stint in Houston in which we played two or three times in as many days. It wore us out! But, I look forward to being back in town and playing outdoors.

UHD News: Your career began on the punk scene, and now you're part of the alt-country circuit. Was the musical shift a natural progression for you?

John Doe: Yes, I think so. I think with X, our sound was classified as punk rock but had a lot more to it. It was based on early rock n' roll. That's one of building blocks for alt-country. The whole thing with punk rock was to play songs rather than extended solos, and that's the way it is with older rock and country. Most of the songs I do now are about three to four minutes long.

UHD News: You were part of X for many years before going solo. What was it like stepping away from the band to do your own thing?

John Doe: It's scary going on your own. You have to make all your own decisions and figure out your identity as a solo artist. It's hard. And, you're the boss. Sometimes, the boss has to be a jerk. (Laughing) You can't blame anyone else, because the buck stops with you.

UHD News: Let's talk about your movie career. What are some of your favorite films you've worked on?

John Doe: "Roadside Prophets" was an indie movie with a lot of great people … Adam Horowitz, John Cusack, and David Carradine. I played the lead in that one, so it was daunting. I liked "Georgia" with Jennifer Jason Leigh and Mare Winningham. That was great because they're two great actors, and the director Ulu Grosbard has an extensive Broadway career. And "Pure Country" with George Strait was fun. It's funny because they shot it in sequence. At the beginning, George was trying to find his footing as an actor, but he gets better as the movie goes along. The director must have thought that the audience would forget about any of his shortcomings by the end of the movie. (Laughing) You need a certain demeanor to make movies. You have to be ready to put in long days and sit around doing nothing for stretches of time.

UHD News: You moved to Texas about a year ago. How have you adjusted to living here?

John Doe: Well, I have a Texas driver's license. And, I won't lie … it's hot! I just do things that need to be done outside in the morning and shelter in place for the rest of the day. Actually, it's great. I have a home here and a lot of great friends. Plus, it's a place where I can go see music any day of the week.