Last weekend, approximately 100 middle and high school students from Houston PREP (Pre-Freshman Enrichment Program) at the University of Houston-Downtown (UHD) learned how math and science power motorsports firsthand from Team Penske Driver Will Power and engineers at the Shell and Pennzoil Grand Prix of Houston.

Based on its longstanding relationship with UHD, Shell invited the young students - all from Alief Independent School District - to tour the event grounds, examine the race cars and discover ways in which math, science and engineering play a vital role in IndyCar racing and motorsports in general and how these translate to various technical career paths available at Shell and in the industry.

"I really enjoyed the exposure to science in action that the Grand Prix of Houston gave my students," said James Hopson, a Houston PREP teacher at UHD, who also teaches in Sheldon Independent School District. "Our students got to see close up the design and creation of race cars and took part in a discussion of how engine oil affects their performance. I also like that the careers that they saw were "out of the box" for typical engineers."

While at NRG Park, the students explored the "Shell Mobility Experience," which featured emerging mobility technologies under development by Shell engineers and scientists. They toured exhibits within the arena and learned about the hard work and sophisticated technology that forms the basis of an IndyCar race.

"The exclusive Grand Prix of Houston event was an experience that will stick with me for the rest of my life," said Dominique Dinh, a UHD Houston PREP student. "When I witnessed the making of the cars and how long the process took and the amount of effort put into the whole race car ordeal, I was blown away. To think that all these people, ranging from mechanical engineers to the IndyCar driver, combine their resources and talents together to create something that is the next age of new engine technology was amazing."

Dinh and more than 300 additional middle and high school students participate in Houston PREP at UHD each summer.

"For Shell, the world of motorsports is a very visual and exciting example of how students can apply their science, technology, engineering and math skills in a really rewarding way," said Dr. Richard Dixon, North America Motor Oil Technology Manager for Shell. "As a company built on technical innovation, we work with race teams to develop and test cutting-edge products, like Pennzoil Platinum® with PurePlus™ Technology made from natural gas, designed to power and protect some of the most stressed engines in operation today."

Since 1989, Houston PREP has produced a pipeline of highly qualified incoming freshmen with the skills and passion to chart their own academic and professional success in a variety of high-paying and rewarding STEM careers. From its inception, more than 4,000 young students have participated in the six-week summer program at UHD.

"We are so grateful to Shell for providing the funding, education and even transportation for so many of our Houston PREP students to witness engineering in action at such an exciting event," said Sangeeta Gad, director of Houston PREP at UHD. 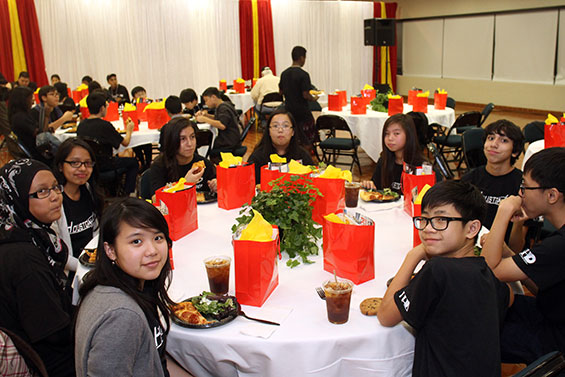 "The event ignited students' passions about what they're learning in the classroom and opened their eyes to the great potential mathematics can bring in their lives."